MONTREAL — A Montreal-area woman who carried on an intense, inappropriate relationship with a young girl despite numerous efforts to get her to stop will avoid further jail time.

Virginia Genevrier, 40, was sentenced Thursday after previously pleading guilty to one count of transmitting sexually explicit material to a minor and two counts of breaching a peace bond.

“How could a woman of this age, married and a mother, develop over time a special relationship to that point with an adolescent who was 12 years old at the time?” Quebec court Judge Helene Morin asked as she handed down a sentence in a case she described as “unique.”

The judge noted that efforts by the girl’s school, her family, the police and the judiciary all failed to stop Genevrier’s behaviour. “The accused interfered in a totally inappropriate way in the life of this girl, and this is what must be denounced,” she said. 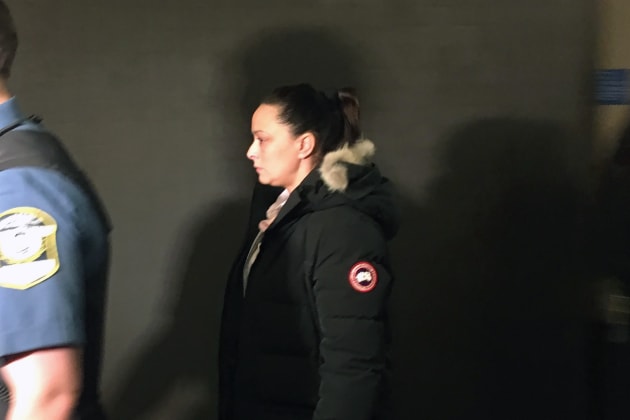 Genevrier was found to have had a relationship with a girl, now 16, whom she met while working as a lunch monitor at her daughter’s Montreal-area elementary school. Over time, the relationship intensified to the point where the girl had developed romantic feelings for Genevrier, whose daughter was a classmate.

Genevrier started exchanging Facebook messages with the girl, who confided in her about troubles at home.

The girl’s mother asked Genevrier to stop contacting her daughter after stumbling on love messages between the two. When that failed, Genevrier was arrested in 2015 and made to sign a peace bond with a list of strict conditions.

She lost her school job that year, but the interaction continued. The girl would write to Genevrier telling her, “You are the woman of my life,” “I love you” and “Do you want to marry me?” The victim even gave a ring to Genevrier, who had the September 2017 expiration date of the second peace bond tattooed on her upper body.

The judge described the written exchanges between the two as expressions of mutual love without any sexual connotation, comparing it to discussions between lovestruck adults. “On reading some of the messages, you wonder sometimes who was adolescent and who was the adult,” Morin said.

Genevrier told the court she’s no longer the same person and recognizes the impact of her actions on her husband and daughter.

The court heard Genevrier, a native of France who moved to Quebec with her husband in 2003, had a difficult childhood marked by violence and an alcoholic mother and saw some of herself in the victim. She was determined to make sure the young girl’s adolescence didn’t turn out like her own.

“There was a part of me that was rational — I was married, a mother — and another part who was the rebel adolescent who wanted to help her,” Genevrier told a sexologist in a report quoted by the judge. Despite her actions, Genevrier professed to love only her husband.

Morin sentenced her to six months on the charge of transmitting explicit material, the minimum sentence under the law. Because she has already spent 4 1/2 months in custody, that sentence is considered served.

She was also given a 20-month sentence to be served in the community on two counts of breaching conditions of a peace bond, along with two years probation and 240 hours of community service. Genevrier must register as a sex offender and can’t contact the victim for five years. She cannot work in a setting where children under age 16 are present.

“Understand if you miss a condition, you are incarcerated, and that is for the entire 20-month sentence,” Morin warned Genevrier, who declined to comment outside the court.

@repost How Long Separated Before Divorce

Garry Handlen, 71, told undercover police during a sting in Minden, Ont., that he abducted Monica Jack while she was riding her bike, sexually assaulted and strangled her, but his defence team said the confession was coerced.

As sheriffs led him out of B.C. Supreme Court, Handlen turned to face a woman who yelled: “And that goes for … trying to kill me!”

The woman, whose name is under a publication ban following a trial in 1979 where Handlen was convicted of sexually assaulting her, wept too as she supported Jack’s family. 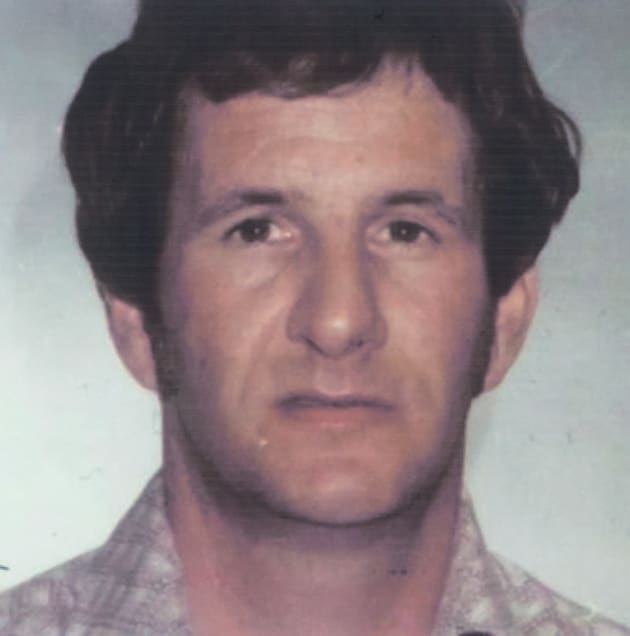 Jack’s mother, Madeline Lanaro, said she would not immediately comment on the verdict. The family will return to court for a sentencing hearing on Jan. 28 and provide victim impact statements.

Jurors began deliberating Handlen’s fate on Tuesday after an 11-week trial that heard tearful testimony from Lanaro, who last saw her daughter riding her new bike on May 6, 1978.

A first-degree murder conviction carries an automatic life sentence with no chance of parole for 25 years.

In a hidden-camera video shown in court, Handlen told the crime boss of the fictitious Mr. Big operation that he grabbed Jack, threw her bike in a lake, forced the girl into the bathroom of his camper and drove up a rough hill where he killed her.

Jack’s skull and some bones were found in the area 17 years later.

Her mother told the trial she was driving her old Mustang home with her other children when she saw her daughter on the highway and that the girl waved at them.

‘Everything came back’: victim

The woman who Handlen sexually assaulted said outside court that police called her in December 2014 to say he’d been charged with the first-degree murder of Jack.

“Then everything came back,” she said. “The last four years have been hell, very difficult. I haven’t been able to hold down a job.”

Handlen was arrested and charged after a nine-month undercover operation involving a fictitious crime group that hired Handlen to do legal and illegal jobs such as loan sharking, the trial heard.

Handlen was paid almost $12,000 by the gang that promised him a middle-management job as he was gaining favour with the boss, who told him in the video that police had DNA linking him to Jack’s murder but the crime could be pinned on someone else if he provided enough details.

“The bottom line is, they got people that saw you and they got your DNA. That’s not good, Garry,” the crime boss tells him in a hotel room, in video shown to the jury.

It’s a weight off my shoulder now, I’ve told you. So I’m not the only one that knows now.Garry Handlen, to an undercover officer

Handlen was also told he would have to travel to British Columbia’s Interior with other members of the group to point out the spot where he said he’d abducted Jack so an ailing man taking the fall for him would have that information.

Handlen told the supposed crime boss that he picked up an Indigenous girl and sexually assaulted her, then repeated at least half a dozen separate times that he strangled her before tossing her body behind a log and leaving the area.

“It’s a weight off my shoulder now, I’ve told you. So I’m not the only one that knows now,” he tells the crime boss in the video.

The boss tells him he could continue working for the group to repay the debt.

Handlen’s defence lawyers told the jury their client was set up by the RCMP with inducements that had him believing he’d get his dream of a new truck and continue being part of a group he called a band of brothers.

However, the Crown said Handlen had no motivation to confess to a crime he didn’t commit and felt relief at having unburdened himself from a secret he’d carried for 36 years.

Outside court, Crown spokeswoman Alisha Adams praised the three prosecutors who worked on the case for four years, adding they showed great perseverance through a difficult case.