NEW YORK — The wife of Mexican drug lord Joaquin “El Chapo” Guzman played a key role in his infamous 2015 escape from prison through a tunnel dug into the shower of his cell, a witness testified Wednesday at the kingpin’s U.S. trial.

Damaso Lopez Nunez, once a loyal lieutenant for Guzman, told the jury that Emma Coronel Aispuro helped her husband communicate with his sons and others who co-ordinated the breakout at Altiplano prison in central Mexico.

Coronel “was giving us his messages,” Lopez told a New York jury, adding that she also was in on meetings about the escape.

After the Sinaloa cartel boss was recaptured and thrown in another Mexican lockup, the orginization paid a US$2-million bribe to a prison official in exchange for getting him moved back to Altiplano, the witness said. Before that could happen, Guzman was sent in 2017 to the U.S., where he’s been kept in solitary confinement while facing drug-trafficking charges he says have been fabricated by co-operators like Lopez.

The testimony cast a harsh spotlight on a spouse who has sat quietly in the courtroom for most a trial that began in mid-November. Most of the attention on her so far has been for her wardrobe and her reaction to waves from the defendant. She didn’t speak to reporters on Wednesday and Guzman’s lawyers declined comment.

As described by Lopez, the escape in 2015 was far more elaborate than one Guzman pulled off in 2001 by hiding in a prison laundry cart. It included smuggling a phone with GPS to Guzman so the plotters could determine where best to tunnel in, he said.

His followers also bought property near the facility as the starting point the mile-long (1.6-kilometre-long) escape route, Lopez said. Work went on for months and was so loud it could be heard behind bars – to the point where inmates were complaining about it, he said.

On the day of the breakout, a motorcycle was used to race Gurman to the exit of the tunnel, where an ATV took him to a warehouse, the witness said. He later was flown to his mountaintop hideaway.

In further questioning, Lopez also touched on the 2017 slaying of journalist Javier Valdez outside his office in outside his office in Culiacan, Sinaloa’s capital city. He claimed that Guzman’s sons – not their father – ordered him shot down because he ignored their threats related to his reporting on drug-trafficking.

The government’s case at the trial in federal court in Brooklyn is expected to conclude this week. The defence has included Guzman on a list of potential witnesses its case, but lawyers have been mum about whether he would chance actually testifying. 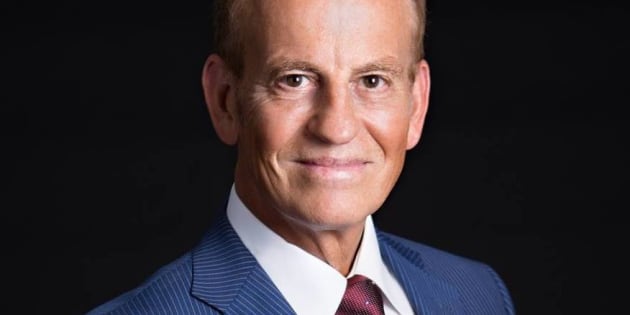 OTTAWA — Liberal MP Nicola Di Iorio has yet to submit his letter of resignation to the Speaker of the House of Commons despite a much-publicized pledge to do so on Jan. 22.

Di Iorio’s reputation developed some notoriety after his fall attendance — or lack thereof — was noticed by his colleagues in November. At the time, MPs said they had not seen their Liberal colleague on Parliament Hill since the House returned from summer break on Sept. 17.

After returning to the House, Di Iorio stated that pending the permission of Prime Minister Justin Trudeau, he would tender his resignation on Jan. 22, guaranteeing there could be no byelection to fill his seat because of recent changes Liberals made to Canada’s election laws.

There is no parliamentary rule that requires the prime minister sign off on resignations.

Elected in 2015, Di Iorio announced in April that he would be stepping down as MP for the Montreal riding of Saint-Leonard—Saint-Michel, citing family reasons.

The mystery intensified around the so-called “missing MP” after the Prime Minister’s Office stated Di Iorio was tasked to work on projects related to road safety before his resignation date.

The labour and employment lawyer announced in a Facebook post Tuesday that he plans to donate $100,000 to support National Impaired Driving Prevention Week. It’s an annual government awareness week created by Di Iorio’s Private Members Motion, M-148, meant to be observed the third week of March.

Di Iorio previously stated that he intended to donate the salary he collected between September and Jan. 22 to fund the campaign to prevent impaired driving. 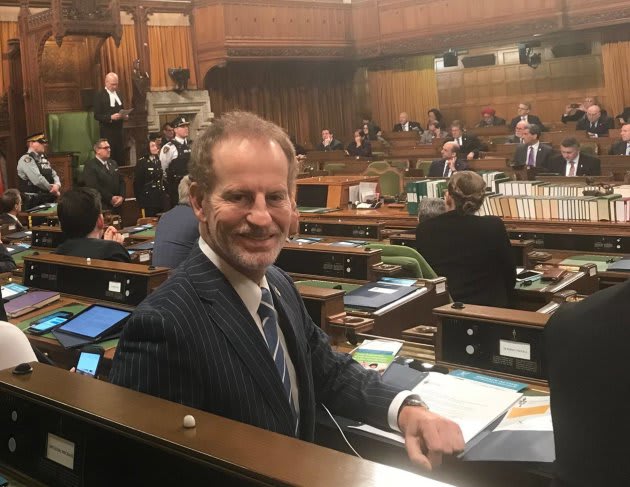 The cause is personal for Di Iorio, whose then-teenage daughter Claudia was severely injured after she was a passenger in a car that smashed into a tree in 2010, according to the Montreal Gazette. She spent at least seven months hospitalized, recovering from surgeries, brain trauma and temporary complete paralysis.

Laurent Raymond, the impaired driver of the car, was sentenced to three years in prison after he pleaded guilty to dangerous driving causing bodily harm in 2012. He had been racing his then-friend Felix Bérard at the time of the crash.

By the end of the year, a lack of answers prompted NDP ethics critic Nathan Cullen to ask Speaker Geoff Regan to launch an investigation over Di Iorio’s prolonged absence, suggesting expulsion as a possible penalty.

That call prompted Di Iorio to make an appearance in the chamber on Dec. 11, offering the House an explanation for his absence. Commons rules stipulate that one of an MP’s primary responsibilities is to attend sittings in the House unless they are away on official parliamentary business.

During his statement, he mentioned how he was told that his original intended departure date coincided with with marijuana legalization and would have to be changed.

That suggestion of high-level party intervention raised concerns from NDP MPs and Conservative whip Mark Strahl who noted that under the new Elections Act, the prime minister doesn’t have to call a byelection for seats vacated after Jan. 21. “What a coincidence,” he said.

But in Regan’s opinion, Di Iorio didn’t break any parliamentary rules because the Liberal MP didn’t collect his salary during his absence.

“At the core of this matter is the obligation for members of Parliament to fulfill their parliamentary duties in part by attending sittings in the House,” he said on Dec. 11, reminding MPs of the weight of their obligations to Parliament and the public.

“This seemingly simple statement carries with it enormous responsibility, from which even larger expectations emanate.”

Three byelections will be held Feb. 25 in the British Columbia riding of Burnaby South, Ontario’s York–Simcoe, and Quebec’s Outremont.

After Di Iorio’s departure, Saint-Leonard—Saint-Michel will remain vacant until the federal election later this year. 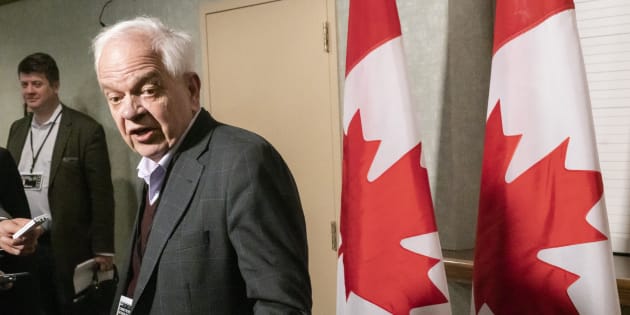 OTTAWA — Canada’s envoy to China faced criticism Wednesday for opining on how a Huawei executive might avoid extradition to the United States, fuelling speculation his remarks were a political ploy to end the government’s diplomatic crisis with China.

The candid remarks by John McCallum, Canada’s ambassador to China, marked a radical departure from the Trudeau government’s firm public line that the extradition proceedings of Meng Wanzhou are an independent — and apolitical — legal process that must be respected.

Speaking to Chinese-language reporters Tuesday in the Toronto area, McCallum listed several arguments the legal team representing Huawei’s chief financial officer can make in her defence. Meng was arrested Dec. 1 in Vancouver, at the request of United States authorities who alleged she used a Huawei subsidiary to evade sanctions against Iran.

Topping McCallum’s list was the possibility of political interference stemming from last month’s comments by U.S. President Donald Trump that he might intervene in Meng’s case if it would help him strike a trade deal with China.

McCallum also said she can argue against the extra-territorial aspect to her case and the fact the fraud allegations against Meng are related to Iran sanctions, which Canada did not sign onto.

“I think she has some strong arguments that she can make before a judge,” McCallum told Chinese-language reporters in Markham, Ont.

Meng was released on bail and is to live with an ankle monitor and a curfew in her family’s Vancouver mansion pending the extradition process.

Erin O’Toole, the Conservative foreign affairs critic, said he believes McCallum’s comments were approved by the Trudeau cabinet given they were his first public statements after briefing the Trudeau cabinet about the fallout from the Meng case at a cabinet retreat in Quebec last week.

He said the only outcome he can see from McCallum’s comments is that doubt has been raised for the case against Meng.

“That’s pretty bad form for a Canadian ambassador,” he said. “I do think it was a political direction if you look at the timing of it.”

O’Toole noted McCallum didn’t mention any of it when he briefed an all-party committee of MPs last Friday, the day after the cabinet briefing.

Meng’s arrest has left Canada politically wedged between China and the U.S., its two largest trading partners. The Canada-China relationship has plunged to new lows amid warnings from Beijing of serious consequences unless she is released.

If a Canadian court rules against extraditing her to the U.S., it would take the political pressure off the Trudeau government because it would lessen the need for Justice Minister David Lametti, who has the final sign off on the extradition, to take any action that could be seen as contradictory to the will of the courts.

“As criminal lawyers, we often say we’ve seen just about everything, well I haven’t seen this before,” said Ottawa lawyer Ian Carter, who represented Ottawa professor Hassan Diab in his controversial terrorism extradition case with France.

Prime Minister Justin Trudeau sidestepped questions about McCallum’s comments, saying Meng will have the opportunity to “mount a strong defence.”

“We have always highlighted that Canada is a country of the rule of law, and we will make sure that the rule of law is properly and fully followed,” Trudeau told reporters in Saskatchewan.

“The strength of our justice system is people get to mount their own defence. I know she will do that.”

A spokesman for Foreign Affairs Minister Chrystia Freeland reiterated Canada’s commitment to “conducting a fair, unbiased and transparent legal proceeding,” and said there has been no political involvement in the execution of Canada’s extradition treaty with the U.S.

Last month, after Trump’s musing in a Reuters interview about intervening in the Meng case, Freeland travelled to Washington where she said such comments could prove useful to her defence. Canadian government officials who briefed journalists last month in Ottawa said the same thing.

What’s so different here is that this is a representative of the Canadian government that is essentially siding with the defence. It’s just unprecedented,” said Carter.

In the days that followed Meng’s arrest, China detained two Canadians, Michael Kovrig, a Canadian diplomat on leave, and Michael Spavor, an entrepreneur, on allegations of endangering China’s national security. China also sentenced another Canadian, Robert Lloyd Schellenberg, to death in a sudden retrial of his drug-smuggling case.

The Chinese government has insisted Meng has done nothing wrong — and has pointed out that she hasn’t broken any Canadian laws.

McCallum was addressing Chinese foreign correspondents in an event that was not promoted to Canadian journalists. He said he was aware the Meng case had personally upset Chinese President Xi Jinping but he didn’t know exactly why.

“Maybe it’s because Huawei is a national flagship company of China,” he said. It’s not just any company, it’s a special Chinese company. So, maybe that is why he is so angry.”

Trump quietly shuts down asylum at US borders to fight virus