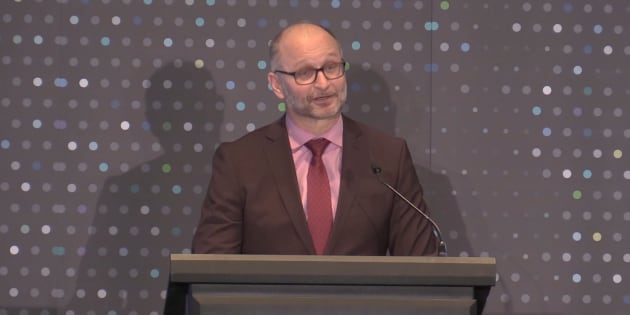 OTTAWA — Canada’s attorney general told a room full of lawyers Monday that he would not weigh in on the current SNC-Lavalin scandal unfurling before the Liberal government.

But in remarks to the Canadian Bar Associations’ annual meeting, David Lametti outlined how his unique job and roles differ from other ministers around the cabinet table.

“There is a line that cannot be crossed: telling the attorney general what a decision ought to be. That would be interference,” Lametti explained.

“And at the end of the day, I abide by the longstanding principle that when acting as attorney general I will apply my judicial mind to a decision, and not my political mind.”

Watch: Attorney general addresses the ‘great deal of commentary’ in the news

It’s been nearly a month since Lametti was shuffled into the role of justice minister and attorney general. His predecessor, Jody Wilson-Raybould, was moved to veterans affairs. Her apparent demotion spurred questions about what she did to deserve the change in portfolio.

The Globe and Mail reported bombshell allegations last week that the Prime Minister’s Office tried to influence Wilson-Raybould to intervene in a case involving SNC-Lavalin to negotiate a remediation agreement. The prime minister has called the allegations “false.”

The Montreal-based engineering and construction company is facing criminal charges for allegedly paying millions in bribes to secure government contracts in Libya.

A corruption conviction for the company carries a possible 10-year ban on bidding for lucrative federal contracts in Canada — a scenario that could lead to significant layoffs.

Lametti did not give a clear answer when asked by reporters if he’s been in contact with his predecessor since the controversy erupted. He did not give any indication if SNC-Lavalin has come up in talks during the transition of power.

“As attorney general of Canada, I’m not going to comment on that,” he said

He also didn’t confirm or deny that his office is considering a deferred-prosecution agreement for SNC-Lavalin, which would hold off criminal charges. 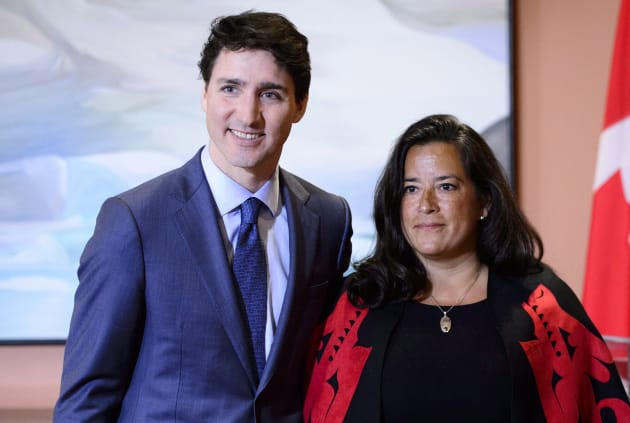 Wilson-Raybould has been keeping a low profile since the allegations broke. On Friday, she issued a statement to explain her silence on the subject.

“As the former Minister of Justice and Attorney General of Canada, I am bound by solicitor-client privilege in this matter,” she said.

“But in the present situation, they must be subordinated to a higher value: the confidence of Canadians in the integrity, fairness and impartiality of our criminal justice system,” Scheer wrote.

Both the Conservatives and NDP want the matter investigated by the House of Commons justice committee. At an emergency meeting Wednesday, MPs will vote on a motion calling for nine government officials, including Wilson-Raybould and senior PMO staff, to testify about the allegations.

During an interview on CTV’s Question Period that aired Saturday, Lametti dismissed the claims of political interference as “allegations in a newspaper.” He said the lack of “corroborating evidence” doesn’t merit a committee investigation in his opinion.

The Tory leader brought up the prime minister’s “illegal” vacation at the Aga Khan’s residence that violated multiple conflict laws. He also brought up former fisheries minister Dominic LeBlanc, who was found in conflict of interest when his department awarded contracts to members of his wife’s family.

“Pardon me if I don’t take Justin Trudeau’s word,” Scheer said of the prime minister’s assertions that the allegations of political interference in the SNC-Lavalin case are false.

Wilson-Raybould’s presence in cabinet should ‘speak for itself’: PM

Prime Minister Justin Trudeau told reporters in Vancouver that he’s asked Lametti to advise him on the “complex matter” of solicitor-client privilege.

Trudeau, who arrived in the Lower Mainland Sunday to campaign with the Liberal candidate in Burnaby South byelection campaign, said he’s already met with Wilson-Raybould “a couple of times.” Wilson-Raybould represents the British Columbia riding of Vancouver Granville. 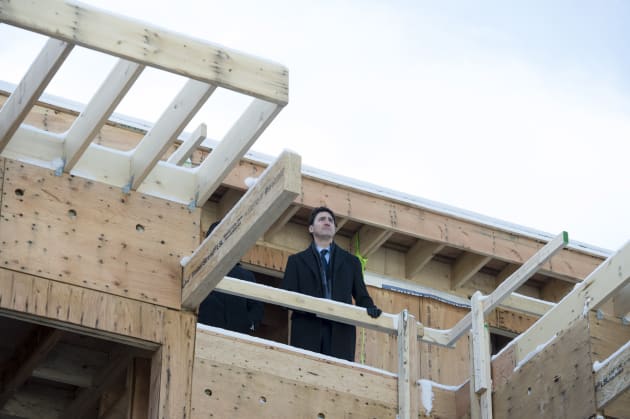 The prime minister said Wilson-Raybould reminded him of a conversation they had in the fall where he told her that “any decisions on matters involving the director of public prosecutions were hers alone.”

According to The Globe and Mail, the director of public prosecutions refused to negotiate a remediation agreement with SNC-Lavalin related to the corruption charges.

Trudeau also tried to put rumours of bad blood between him and Wilson-Raybould to rest by saying he had full confidence in his minister. “In our system of government, of course, her presence in cabinet should actually speak for itself,” he said.

The federal ethics commissioner announced Monday that it will launch an examination of an NDP complaint of alleged political interference between the PMO and former attorney general. When asked about the probe, Trudeau said he welcomed the investigation.

“This is an issue that has been much-talked about in the last few days. And I think it’s extremely important that Canadians can continue to have confidence in our system,” he said.

TAUNTON, Mass. — A Massachusetts woman who sent her suicidal boyfriend a barrage of text messages urging him to kill himself was jailed Monday on an involuntary manslaughter conviction nearly five years after he died in a truck filled with toxic gas.

Michelle Carter was sentenced to 15 months in jail in 2017 for her role in the death of Conrad Roy III, but the judge allowed her to remain free while she appealed in state court. Massachusetts’ highest court upheld her conviction last week, saying her actions caused Roy’s death.

A lawyer for Carter had urged the judge to allow the 22-year-old to stay out of jail while they take her case to the U.S. Supreme Court. Her attorneys said in court documents that she has no prior criminal record, hasn’t tried to flee, and has been receiving mental health treatment.

But a judge ruled Monday that she should start her sentence. Earlier in the day, Massachusetts’ highest court denied an emergency motion filed by her lawyers to keep her out of jail.

Carter showed no discernible emotion as she was taken into custody, though her shoulders sagged as she stood and prepared to be led away.

Roy’s aunt expressed relief Monday, saying his family believes justice had been served even though the case had been a long and difficult ordeal for them.

“We hope that no one else ever has to feel this pain,” Becky Maki said. “His life mattered.”

An attorney for Carter vowed to continue to appeal.

“Make no mistake, this legal fight is not over,” Joe Cataldo said.

Carter was 17 when Roy, 18, took his own life in Fairhaven, a town on Massachusetts’ south coast in July 2014. Her case garnered international attention and provided a disturbing look at teenage depression and suicide.

Carter and Roy both struggled with depression, and Roy had previously tried to kill himself. Their relationship consisted mostly of texting and other electronic communications.

In dozens of text messages revealed during her sensational trial, Carter pushed Roy to end his life and chastised him when he hesitated. As Roy made excuses to put off his plans, her texts became more insistent.

“You keep pushing it off and say you’ll do it but u never do. It’s always gonna be that way if u don’t take action,” Carter texted him he on the day he died.

But the juvenile court judge focused his guilty verdict on the fact that Carter told Roy over the phone to get back in his truck when it was filling with carbon monoxide. The judge said Carter had a duty to call the police or Roy’s family, but instead listened on the phone as he died.

“After she convinced him to get back into the carbon monoxide filled truck, she did absolutely nothing to help him: she did not call for help or tell him to get out of the truck as she listened to him choke and die,” Supreme Judicial Court Justice Scott Kafker wrote in the court’s opinion affirming her conviction.

At trial, Carter’s lawyer argued Carter had initially tried to talk Roy out of suicide and encouraged him to get help. Her attorney said Roy was determined to kill himself and nothing Carter did could change that.

Her appellate attorneys said there was no evidence that Roy would have lived if Carter had called for help. They also argued there wasn’t enough evidence to prove that Carter told Roy to get back in his truck.

Her phone call with Roy wasn’t recorded, but prosecutors pointed to a rambling text that Carter sent to a friend two months later in which she said called Roy’s death her fault and said she told Roy to “get back in” the truck.

Daniel Marx, who argued the case before the Supreme Judicial Court, said last week that the court’s ruling “stretches the law to assign blame for a tragedy that was not a crime.”

“It has very troubling implications, for free speech, due process, and the exercise of prosecutorial discretion, that should concern us all,” he said.

KANSAS CITY, Mo. — A Missouri jail nurse who allegedly wanted to marry a man convicted of killing a lottery winner has been charged with poisoning her husband and setting their home on fire, according to court records.

Amy Murray, 40, is facing charges including first-degree murder and arson in the Dec. 11 death of her husband, Joshua Murray. Investigators said he was found dead in the master bedroom of the couple’s burned-out home in Iberia, and that his wife later told the prison inmate in a recorded phone call that they could get married because her husband was “out of the picture.”

An autopsy determined her husband was poisoned by a chemical in antifreeze and likely died before the blaze started.

Murray reported finding the home ablaze when she returned from taking the couple’s 11-year-old son and two dogs to a McDonald’s, a Miller County sheriff’s detective wrote in a probable cause statement released last week. She told investigators she couldn’t get inside the home because the house was filled with smoke.

But investigators said they found a McDonald’s sandwich on the kitchen counter at the house in Iberia, which is about 140 miles (about 225 kilometres) southeast of Kansas City.

Murray worked part-time as a nurse at the Jefferson City Correctional Facility, where she had a “romantic relationship” with inmate Eugene Claypool that had been ongoing “for some time,” according to authorities and charging documents. Claypool, who isn’t charged in the case, was sentenced to life in prison for fatally stabbing an elderly man in 2000.

In recorded phone calls at the facility, Murray told Claypool she wanted to divorce her husband. Following the fire, she allegedly told Claypool they could get married because her husband was dead and “out of the picture,” according to court documents. She and Claypool also discussed getting an attorney so Claypool could be released from prison early.

Claypool and another man pleaded guilty to killing 72-year-old Donald Hardwick, who was attacked in his home on Christmas Day in 2000. Hardwick, who couldn’t walk without using a walker, won a $1.7 million Missouri Lottery jackpot in 1998. Investigators said Claypool and his co-defendant targeted Hardwick believing he had $10,000 stashed in his Springfield home.

Investigators said Claypool repeatedly stabbed Hardwick, whose wife later found him dead with a Bible on his chest.

Via Property Settlement Before Divorce