WASHINGTON — Democrats have a lot of legal options, as well as the backing of the Constitution, as they push back on President Donald Trump’s pledge to fight “all of the subpoenas.”

But not all of the options are easy, or politically feasible.

“We will cross that bridge when we come to it,” said House Oversight and Reform Committee Chairman Elijah Cummings, who is trying to negotiate documents and witness interviews. “But I promise you we will cross it.”

A look at Democrats’ options:

A criminal referral is the most common way to hold officials in contempt, and is usually the first recourse for congressional committees when a witness defies a subpoena or refuses to provide documents. But it has been largely ineffective and difficult to enforce in recent years.

The current U.S. attorney in Washington, Jessie Liu, was nominated by Trump.

House Democrats could also file civil lawsuits against the administration — an option that has a greater chance for success, but that can take months or years to play out. Congressional Republicans filed a lawsuit against President Barack Obama’s attorney general, Eric Holder, in 2012, and the case was still pending when Obama left office in 2017.

Trump has jump-started some of the litigation on his own, with his business suing Cummings to block a subpoena that seeks years of the president’s financial records. Trump, his business and family also filed a lawsuit on Monday against Deutsche Bank and Capital One in an attempt to block congressional subpoenas seeking their banking and financial records.

The least likely option. Known as inherent contempt, Congress can try witnesses and even imprison them in the Capitol.

This process was often used in the country’s early years but hasn’t been employed in almost a century.

While Democrats have vowed to use all of the available legal tools, leaders have shown little interest in going that far.

While Democrats are unlikely to throw potential witnesses in a Capitol jail, they may find other ways to bring back the idea of Congress taking charge.

One of these could be fines. One Democratic member of the Oversight panel, Virginia Rep. Gerry Connolly, suggested last week on CNN that an idea up for discussion is fines of $25,000 a day for witnesses who don’t comply.

The fines could be viewed as a way to enforce Congress’ power of inherent contempt, but avoiding having to put someone in prison.

House Intelligence Committee Chairman Adam Schiff, D-Calif., suggested at a Washington Post event Tuesday that one way to hold government witnesses accountable would be to threaten their budgets. He said committees could “fence funding” until requests were satisfied.

But the chairwoman of the House Appropriations Committee, New York Rep. Nita Lowey, seemed reluctant when asked earlier this month if she would consider cutting dollars for the Justice Department over full access to special counsel Robert Mueller’s report.

“The budget that I oversee and my colleagues oversee is for the American people,” said Lowey, adding that she wanted to make sure that “cops are on the street” and law enforcement is functioning.

Whatever happens in court, there is one power that Congress will always have — exerting political pressure on those who defy them.

Lawmakers can do this by finding related witnesses who may have related information, and by publicly criticizing the witnesses or entities who are denying them information. This can be particularly effective with people who no longer work for the Trump administration and want to protect themselves from legal fees and bad publicity.

“In the end it always comes down to the same thing — can you marshal the political pressure?” says Andrew Herman, a lawyer with the firm Miller Chevalier in Washington who has worked extensively with Congress. 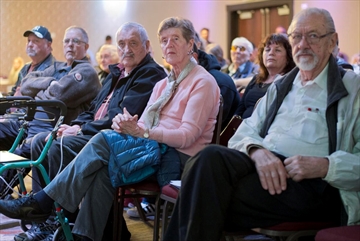 — Record reporter Greg Mercer is the recipient of a 2019 Michener-Deacon Fellowship, which will support an investigative project into the hidden problem of occupational disease in Canada.

‘The Baby-Sitters Club’ Audiobooks Are Coming To Audible, So Get Super Special Excited 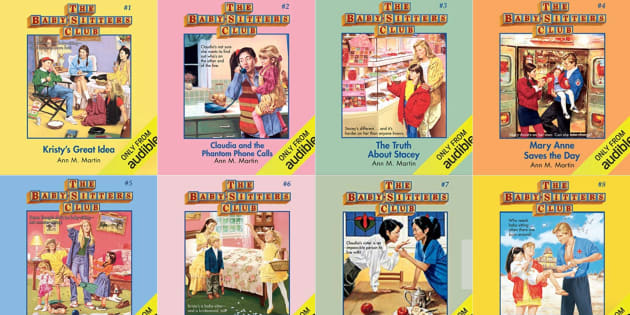 If in the deepest recesses of your mind you still know that Kristy is a bit of a tomboy, Claudia is good at art, and Mary Anne is shy (but really comes into her own after that haircut!), you’ll be Super Special excited for this news.

The Baby-sitters Club, Ann M. Martin’s beloved book series that chronicles the adventures of a bunch of middle-school friends and entrepreneurs in fictional Stoneybrook, Conn., is being released as audiobooks for the first time. All 131 titles will be available on Audible Aug. 13, and can be pre-ordered now, Audible noted in a news release Tuesday.

“I’m thrilled to see that the readership for The Baby-sitters Club continues to grow after all these years,” Martin said in the release.

WATCH: “The Baby-Sitters Club Is Also Coming To Netflix.” Story continues below.

“And I’m grateful and honored to hear from fans — young and old — who have supported the series with such affection, love and nostalgia for all things BSC. I’m excited that Audible will bring the books to life in a new format for the next generation.”

Yes, good for the next generation and all … but we suspect a lot of parents who grew up on BSC will be pumping “Logan Likes Mary Anne!” and “The Ghost At Dawn’s House” during their morning commute.

The BSC was wildly popular

The Baby-sitters Club novels were originally published by Scholastic between 1986 and 2000, and sold 176 million copies, the New York Times notes. It was the first children’s series to land on the USA Today bestseller list, according to Publisher’s Weekly.

The books tackled a number of heavy topics, including divorce, racism, illness, death and eating disorders.

The popularity of the books inspired several spinoff series including “Baby Sitters Little Sister,” the “Super Specials,” and “The Baby-sitters Club Mysteries.” There was a TV show, and a 1995 feature movie starring Rachel Leigh Cook. There was even an official fan club, which *cough* some of us might have joined.

The truly obsessed among us might also recall there were BSC dolls, with a “so natural!” Dawn rocking a jean jacket.

In February, Netflix announced it’s adapting the books for a 10-episode family-friendly series.

Audiobooks will be voiced by Elle Fanning

The first five Audible audiobooks will be voiced by actress Elle Fanning, best known for her roles in “Super 8,” and “Teen Spirit.”

“The fierce friendships and babysitting adventures of The Baby-Sitters Club have been so much fun to perform! It has been such an exciting and new experience for me to bring this entrepreneurial squad to life as Audible books,” Fanning said in the news release.

Hold on to your Kid Kits, BSC fans.

Via Back Child Support