KENNEWICK, Wash. — Police say a boy’s mother and stepfather have been arrested after he brought a bag of methamphetamine to his elementary school in Washington state.

The Tri-City Herald reports the child found the meth at his home and handed the bag to a Kennewick elementary school employee Wednesday.

Kennewick police say a school resource officer talked with the boy and officers decided to search his home. They found fentanyl pills and drug paraphernalia.

The child’s parents were arrested on drug possession charges and booked into the Benton County jail.

Child Protective Services took the boy and his younger sister into protective custody.

Police say the boy’s actions were courageous and they hope it leads to the parents getting help.

What next for tumultuous UK Brexit path as May steps down?

LONDON — Prime Minister Theresa May stepped down Friday as leader of Britain’s Conservative Party after admitting failure in her attempt to withdraw the country from the European Union. She will remain as a caretaker prime minister for a few weeks while the party picks a successor.

A look at what happens next:

Britain’s next leader will be chosen by the 313 lawmakers and about 160,000 members of the Conservative Party.

Nominations for party leader will close on Monday afternoon. So far, 11 lawmakers have said they will run.

The favourite — at least on betting markets — is Boris Johnson, a former foreign secretary and leader of the 2016 referendum campaign to leave the EU.

His rivals include supporters of “hard Brexit” like Dominic Raab and Ester McVey, who are determined to leave the EU on the scheduled date of Oct. 31, even if it means a rocky no-deal Brexit.

Also in the running are such figures as Jeremy Hunt and Michael Gove, who say they can renegotiate the pullout agreement with the EU to get better terms.

The EU insists it will not reopen the deal.

After hearing pitches from all the contenders early next week, Conservative lawmakers will vote by secret ballot on Thursday. Any candidates who don’t get at least 5% have to drop out. Further rounds will be held on June 18, 19 and 20 if needed, with the least popular candidate eliminated each time.

The final two candidates will meet in a runoff that will be decided by mail by the country’s 160,000 Conservative Party members. The winner will be announced the week of July 22.

The winner will become Britain’s prime minister — but it’s unclear for how long.

The opposition Labour Party has said it could call a no-confidence vote in the government immediately, before Parliament breaks up for its summer recess at the end of July.

If the government loses, Britain will be headed for a snap election within weeks.

Whatever the leadership candidates promise, the future may be beyond their control.

Britain’s Parliament has voted not to let the country leave the EU without a divorce agreement and will do its utmost to prevent a no-deal Brexit.

Raab has suggested he might suspend Parliament if it looked like lawmakers were about to stymie Brexit. He was quickly criticized by other contenders, who said that in Britain’s democracy, Parliament is sovereign and must not be ignored.

Some candidates have said they could seek a short further delay to reach a deal. But any extension to the Oct. 31 deadline must be approved unanimously by the 27 other EU leaders — and the bloc is weary of Britain’s Brexit melodrama. Some in the EU might prefer the pain of a chaotic Brexit over further turmoil.

One path remains open to Britain if it cannot find a way forward — cancel Brexit by revoking Article 50, the mechanism by which countries can leave the EU. The government has ruled it out, and it would infuriate many Britons who voted to leave, but some lawmakers have discussed it as a measure of last resort. 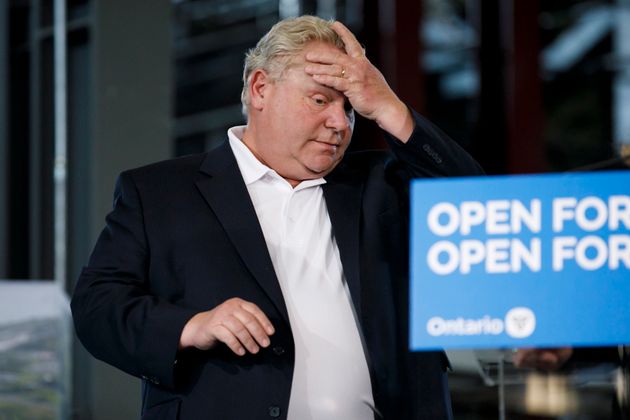 Premier Doug Ford’s election victory ushered in a year of change for Ontario.

House leader Todd Smith said in a statement Thursday that the PCs did good on their promise to “clean up 15 years of scandal, waste and mismanagement at Queen’s Park,” in reference to the Liberal party.

However, Ford’s critics say his priorities are wrong, axing social services and environmental protections, while loosening gambling and liquor laws.

“Doug Ford’s priorities are out of whack,” said MPP John Fraser, interim Liberal party leader at a news conference Thursday. “He can hire a special advisor for alcohol, and then axe the child advocate … He can send all his MPPs out over a weekend to hock beer and wine in the corner store when their time would be better spent listening to parents of children with autism and special needs.”

A one year reprieve is a tactical victory, not a victory of values. Now is not the time to let up. We must continue to do the work of showing the importance of social services. Public health and childcare are the life changing gifts we give each other.https://t.co/k1ZVJ4XkQ6

June 7 is the one-year anniversary of Ford coming into office, and to mark it we’ve compiled an inexhaustive list of his government’s accomplishments and blunders.

Ontarians vote in a majority PC government led by Ford. He’s perhaps best known for his time as a Toronto city councillor, and as brother to the late mayor Rob Ford. 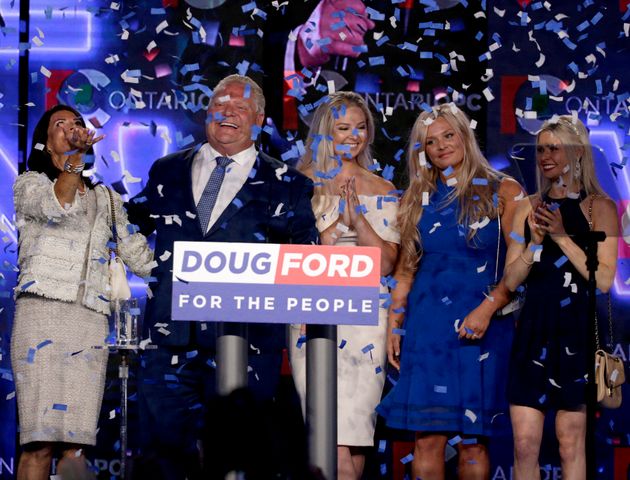 In the weeks following the June 7 election, and before he was sworn in, Ford set about change:

Ford calls a rare summer session and his government gets to work cancelling and rolling back Liberal legislation and promises: 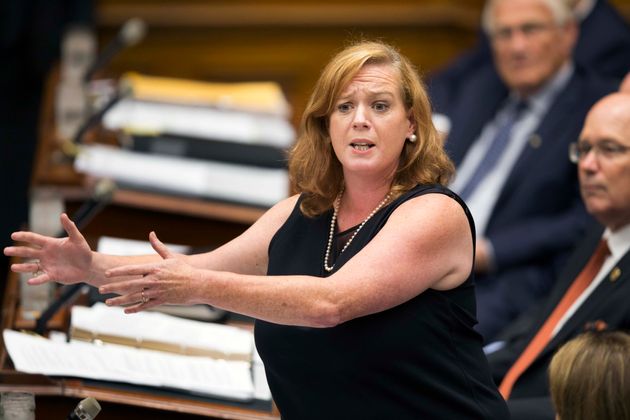 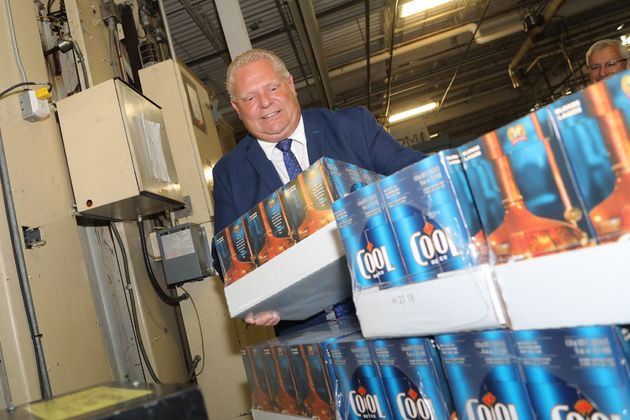 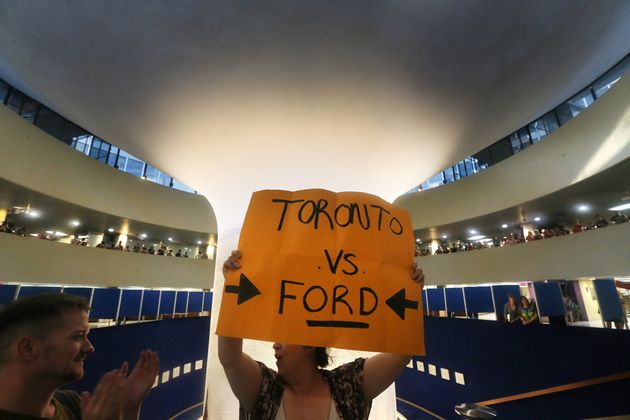 Watch: Are we headed to a Ford fiesta? Story continues below. 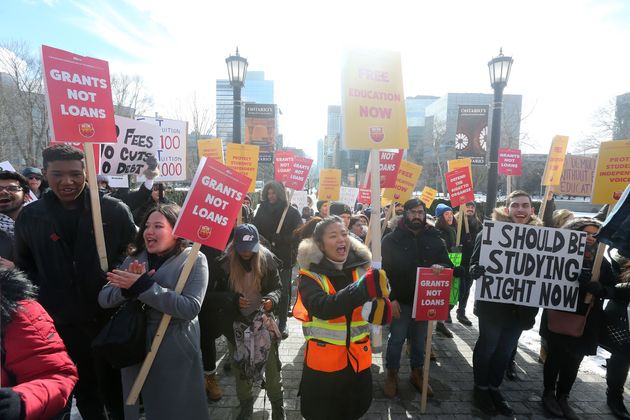 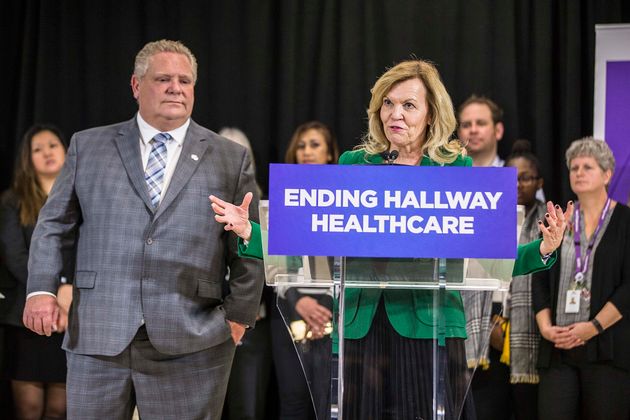 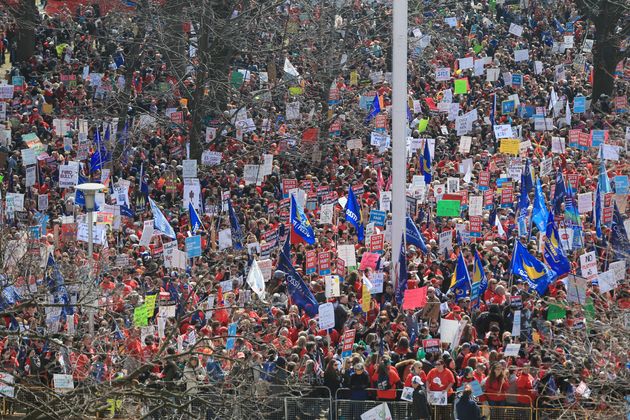 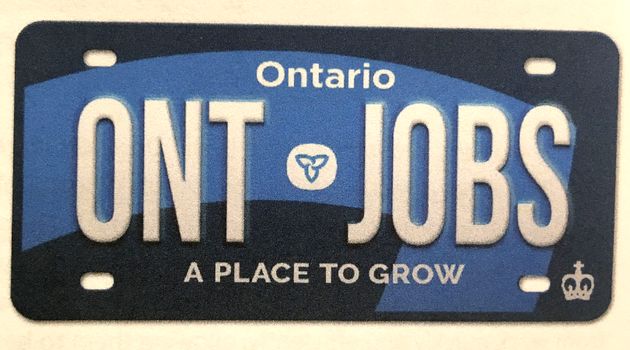 Watch: Winners and losers of the 2019 budget. Story continues below.

More than one million public sector employees, including teachers and nurses, face a wage increase cap.

@repost How to Get a Divorce

Via Prenup Attorney near Me

Mother of 16-year-old punched, arrested by Durham police speaks out

The mother of a 16-year-old boy in a now viral video that shows a police officer punching him in the back several times is speaking out.

Durham police say the officers involved were following protocol when they were trying to restrain the teen on May 15 in the Taunton and Thickson roads area of Whitby. The video shows one officer punching him several times in the back as the boy appears to struggle and resist.

Police say they had earlier received a call about a distraught male in the area, possibly armed with a knife. The boy was eventually taken into custody and according to investigators was not injured.

But the mother of the boy at the centre of the incident, who did not want to be identified, claims police are misrepresenting the situation.

She tells CityNews she didn’t see the video until about a week after the incident took place and did not know what transpired as her son was initially unwilling to speak about it.

According to the boy’s mother the days events unfolded as follows:

When she got to the hospital, she says her son’s face was badly bruised.

“He told me that the police beat him up,” she says, adding that he was too distressed and tired to elaborate. She says given everything he had been through that day, she did not press the issue further and decided to let him rest.

When the video came to light, the boy’s mother says she was shocked and disappointed with the police.

“I was in complete shock and hurt that this was the way the police handled a wellness check…a mental health concern,” she says. “The concerns that I stressed to them for his well being and the fact that I needed that wellness check done and he needed to seek medical attention immediately … I was very disappointed in the way the Durham Regional Police handled it.”

In addition, she says even though an ambulance was on scene, her son was not assessed by paramedics nor was he taken to hospital by them.

“[He] was transported to the hospital in the back seat of the cop car when they threw him in,” she says.

The mother says the family has hired a lawyer and wants to launch a complaints with the Special Investigations Unit – the province’s police watchdog that looks into reports involving police where there has been death, serious injury or allegations of sexual assault.

A second teen who was arrested for swearing and charged with a public nuisance infraction also feels he was treated unfairly.

He tells CityNews he only swore once because he was frustrated and was asking the officers for their badge numbers, which he claims they wouldn’t give him. Another boy who was recording the whole event is heard swearing multiple times on the video.

“You see another person who is Caucasian and he’s swearing at them, pointing the camera at them – they’re not telling him ‘don’t do that you’re going to get a ticket for all of that’ – but I do it once because I’m mad and frustrated [and it resulted in a ticket],” he says.

Sixteen-year-old Brian who recorded the video says he was compelled to capture the incident on camera, but couldn’t do much else.

“I had to record … I couldn’t do anything about it, they’re police officers. You can’t really pull you friend away from the situation because they’ll arrest you too for getting involved,” he says.

CityNews reached out to Durham Regional Police late Thursday night, but did not receive a response.

Earlier this week, police released a statement saying the officers “followed proper protocol based on the information provided” and are not under investigation.

The statement reads in part:

“The teen had existing cuts to his hand and was un-cooperative with officers, who tried to talk to him. The officers, while attempting to apprehend him, brought him to the ground and tried to handcuff the male. Several punches were used to gain compliance of the male, who refused to make his hands available. The male was eventually placed into custody and was not injured.”

The statement also says a copy of the video and the officer’s use of force report will be forwarded to the training branch and the professional standards unit for review.