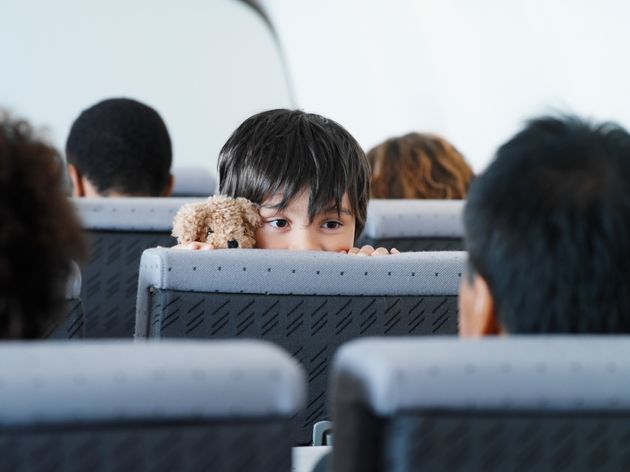 Preparing to take kids on a long flight is stressful enough without discovering you’re not actually seated next to your child.

Yet that’s exactly what some parents say has happened to them recently on Air Canada flights. In a Twitter thread Sunday, a number of parents say they’ve had to pay extra to pre-book seats in order to guarantee they can sit next to their children, or kick up a fuss with a booking agent to get their seats changed.

Parents being separated from their kids on flights has been a hot-button issue for years, and in 2015 former transport minister Lisa Raitt urged airlines to put an end to it. According to the new standards set out in the passenger bill of rights, airlines will soon have to ensure that kids under age 14 are seated near their parents or guardians at no extra cost.

And while Air Canada’s policy is to sit young children together with a parent or guardian at no additional charge, some frustrated parents say that hasn’t been their experience.

Family separation in economy class is @AirCanada‘s new defacto position. My 5 y-o isn’t sitting w her dad on a flight to Toronto tomorrow AM, his calls to customer service be damned. And given how frequently minors & girls are violated/abused when flying alone, I am livid. https://t.co/xhjoH3jXO4

“Family separation in economy class is Air Canada’s new defacto position. My 5 y-o isn’t sitting w her dad on a flight to Toronto tomorrow AM, his calls to customer service be damned. And given how frequently minors & girls are violated/abused when flying alone, I am livid,” Toronto sociologist and author Neda Maghbouleh tweeted Sunday evening.

“Just got off cust. service w/  who says tough luck about having my 5 y/o year sit by herself on a 5 hour flight tmrrw (I can’t see my seat assignments until today).  Apparently on Air Canada 5 & under children sitting with their parents is a privilege you have to $ for,” her spouse and fellow sociologist Clayton Childress tweeted moments earlier.

Childress’ situation was eventually resolved after Air Canada responded on Twitter, he and Maghbouleh later explained, and he was booked next to his daughter. Air Canada also confirmed with HuffPost Canada that the father and child were seated together for Monday’s flight.

But Childress tweeted that it “shouldn’t take RTs and followers” for that to happen. And several other parents chimed in with similar stories to his.

Yes, this isn’t anything new. Happened to us a few years ago with my 8 yr old daughter. 8 is also too young to force a child to sit alone. They rectified after I made a fuss. We shouldn’t have to make a fuss. The airline shouldn’t be making these decisions for families.

Public policy and automated booking policy obviously don’t line up. Recently my 4 yo granddaughter was seated away from her mother after booking by phone. @AirCanada claimed they did not know she was 4. Age is required info when booking tickets, so that’s a crock.

Had a similar situation with them and was so puzzled as to why!!!

Air Canada’s policy is to sit young children together with a parent or guardian at no additional charge, spokesperson Peter Fitzpatrick told HuffPost Canada in an emailed statement. In fact, customers travelling with children usually will find that at check-in, their seats have already been assigned together, he added.

“We carry hundreds, if not thousands of families every day and the Canadian Transportation Agency has rated our process for seating children together with their parents/guardians as best practice in the Canadian industry,” Fitzpatrick said.

WATCH: 6 takeaways from the new passenger bill of rights. Story continues below.

“We are also working to be fully compliant with the new provisions of the Air Passenger Protection Regulations respecting the seating of children when they take effect Dec. 15.”

By Dec. 15, airlines will have to ensure that kids under age five are seated next to their parent or guardian, kids age five to 11 are no more than a seat away in the same row, and kids age 12 and 13 are no more than a row away, according to the Canadian Transportation Industry.

Airlines could be fined up to $25,000 per incident for non-compliance.

The airline has drawn ire for its treatment of parents and children before. In 2017, A P.E.I. mom was barred from boarding an Air Canada flight because she was travelling with two infant children, which violated Canadian safety regulations, but she said the airline had previously told her (twice) it wouldn’t be an issue.

That same year, a two-year-girl peed her pants after an Air Canada flight attendant allegedly kept her from going to the nearby executive bathroom because they were seated in economy.

And in March, a mom tweeted that an Air Canada customer service rep told her to breastfeed her infant son in the plane bathroom during their upcoming flight.