LOS ANGELES — Kenya Barris, creator of the sitcom “black-ish,” has filed for divorce from his wife of 20 years, Dr. Rania “Rainbow” Barris.

Kenya Barris, who also produced the “black-ish” spinoff “grown-ish” and co-wrote the film “Girls Trip,” and Rania Barris, an anesthesiologist, married in 1999 and have six kids.

Rania Barris previously filed for divorce in 2014, but the couple reconciled and withdrew the request a year later.

The married couple on “black-ish” played by Anthony Anderson and Tracee Ellis Ross is loosely based on the Barrises, and Kenya Barris has said in interviews that the recent relationship struggles seen on the show have reflected his own.

@repost Family Lawyer near Me 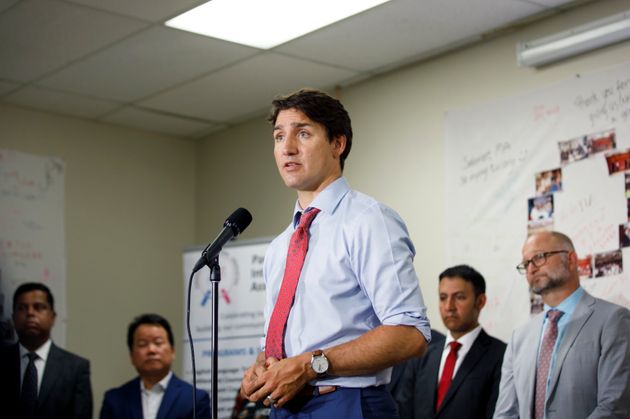 Trudeau made the campaign-style announcement in Toronto Monday at the Parkdale Intercultural Association, where he accused Ontario Premier Doug Ford of walking away from those most in need of help.

Trudeau began his announcement by taking a swipe at his predecessor, Stephen Harper, over the former Tory government’s cuts to health care coverage for refugees. He said it was “frustrating” for all Canadians to see “another Conservative government” turning its back on its obligations to vulnerable people.

“Conservative politicians like to say they’re ‘for the people’ and then they end up cutting services for the most vulnerable. It’s what they do,” Trudeau said, riffing off Ford’s campaign slogan.

Legal aid for immigration and refugees has long been a “joint responsibility” between Ottawa and the Ontario government, the prime minister added. Justice Minister David Lametti said much the same in a letter to his provincial counterpart released in July.

“The Ford government decided to step away from that. And that’s why, in this area of shared responsibility, the federal government is choosing to step up.”

The $25.7 million investment will ensure legal aid services for immigrants and refugees in the province continue for 2019-2020, Trudeau said, with more discussions to come on the long-term sustainability of the program. The federal government is also topping up legal aid in British Columbia, with $1.16 million in spending, as well as $200,000 for Manitoba.

Ontario Attorney General Doug Downey said he was disappointed the funding isn’t for the long-term.

“This one-time funding is troubling because it creates uncertainty and it’s not stable,” he told reporters at Queen’s Park.

Downey said the federal government has paid 70 to 80 per cent of these costs for other provinces but was only funding Ontario’s costs at about 35 per cent.

“To come forward today and say we’re now doing what we were doing in other provinces all along and claim some sort of moral victory, I think is a little tenuous.”

He said that the money Ontario was funnelling into services for immigrants and refugees should have been going to legal aid for criminal and family law cases. Ontario had been spending about $25 million on legal aid for immigrants and refugees; Downey’s government is cutting funding for all types of cases by $164 million over the next three years.

Shalini Konanur, executive director of the South Asian Legal Clinic of Ontario, said at the press conference that while she was delighted by the announcement, funding legal aid should not be a partisan issue.

“Access to justice is the single right that makes every other right possible,” she said. “If you cannot have access to justice it is virtually impossible for the vulnerable communities that we work with to assert their legal rights.”

The Canadian Association of Refugee Lawyers lauded the government in a tweet, saying “the funding crisis that resulted from Ontario’s reckless cuts created an untenable situation.”

Asked by a reporter if he was setting up a scenario where provincial governments can make controversial cuts, only to see the feds step in with funding, Trudeau reiterated that this was a special case.

“This is a specific area of shared responsibility between the federal government and the government of Ontario,” he said.

The federal government won’t be able to “compensate” for other cuts the Ford government is making in the province.

“That is something that Canadians need to be very mindful of as we go to the polls this fall,” he said.

Federal Liberals have publicly clashed with Ontario Tories on a number of issues since Ford’s government took power in 2018, from the costs of caring for asylum seekers to the federal carbon pricing system that Ford’s government is fighting in court. 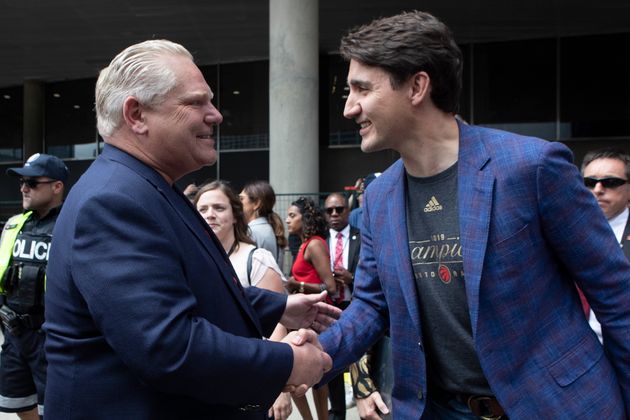 Earlier this summer, Environment Minister Catherine McKenna announced the federal government would spend $15 million over four years to save a tree-planting program in Ontario axed by Ford’s government

Trudeau and his ministers have warned that the cuts Ford’s government have made to services in Canada’s largest province will be replicated on a grander scale by Andrew Scheer’s Conservatives, should they win October’s election.

In a speech to Liberal candidates in Ottawa late last month, Trudeau said a Scheer government would mean cuts to “the services Canadians rely on most,” including health care.

Scheer responded by making a public pledge to premiers that he willincrease health and social transfer payments by at least three per cent every year if he becomes prime minister.

With files from Emma Paling, The Canadian Press

Via Social and Domestic Agreements