Ontario’s top court is set to grapple this month with just how much weight should be given to systemic racism when it comes to sentencing black offenders.

In a case that could change how judges punish black people, the Court of Appeal is scheduled to hear the Crown’s challenge to what it calls a manifestly unfit 15-month sentence handed to a black Toronto man for carrying a loaded firearm.

Last year, Superior Court Justice Shaun Nakatsuru handed Kevin Morris, a 26-year-old first-time offender, a sentence of 15 months in custody – further reduced by three months for charter breaches related to his arrest – on account of the disadvantages and systemic anti-black racism he had faced growing up in Toronto.

“Social structures and societal attitudes that were born of colonialism, slavery, and racism have a very long reach,” Nakatsuru wrote. “We must not forget this. Our memory of past injustices must be long enough to do justice in an individual case.”

The prosecutor had asked for a four-year sentence, arguing illegal gun possession is an urban scourge resulting in the “often immeasurable” human cost of gun crimes. The defence wanted 12 months.

Nakatsuru, after taking into account two expert reports commissioned by the defence, said he could not give into the community’s fear.

“In our system, a sentence is not just about the crime,” Nakatsuru wrote. “It must be also about the offender.”

Currently, the courts are required to take into account the backgrounds of Indigenous offenders before sentencing. A defence win in Morris’ appeal could lead to a similar requirement to assess the impact of race and culture on black offenders.

Such assessments – written by qualified experts – attempt to explain an offender’s experience with systemic racism and how that should factor into sentencing. In Nova Scotia, such reports are called cultural assessments and can be requested by a judge or submitted by the defence counsel.

Morris was raised by a single mother in a neighbourhood with high levels of violence and criminal activity, according to court documents. He was stabbed twice in his youth and never graduated high school. He said he felt unsafe to go to work, because he would have to travel through rivalling neighbourhoods. In 2013, he was diagnosed with PTSD and paranoia after being stabbed and critically wounded for a third time.

“You clearly did not feel you got the help you needed,” Nakatsuru wrote in his sentencing judgment.

The defence also submitted an expert report – accepted by the judge – on the impact of crime and criminal justice on black Canadians. The report details how they experience barriers to education, employment and discrimination in social services.

According to a 2016 report by the Ontario Association of Children’s Aid Societies, black people make up 8.5 per cent of the Toronto population but represent 40 per cent of children in care. The expert report also stated black students are twice as likely to be suspended or expelled from school compared to white students.

“It’s clear to everyone in the Toronto area that there are disproportionate numbers of young black men that are prosecuted and sentenced by judges based on pretty rudimentary information on who they are, where they came from, and why they got to the point of committing the crime they are being sentenced for,” said defence lawyer Faisal Mirza.

Still, the prosecution maintains there was no clear evidence of a link between systemic discrimination and Morris’s crime. The rise of gun violence in Toronto, the Crown argues in its factum, required the judge to have given an “exemplary sentence.”

There are 14 interveners in the appeal, including civil rights activists and legal clinics that serve racialized communities.

“Indisputably, for many black offenders, the coalescence of historical and systemic background factors have played a role in bringing them before the courts,” the Criminal Lawyers Association says in its factum. “This appeal provides this honourable court with an opportunity to craft a framework for admitting evidence during sentencing of these unique historical and systemic factors.”

In a joint submission, several other interveners – the Chinese and Southeast Asian Legal Clinic among them – call for culture assessments to apply to all minority groups, not just black offenders.

@repost How Long Can You Be Legally Separated

Via Divorce Lawyers near Me

Former Afghanistan hostage Joshua Boyle, accused of assaulting his now-estranged spouse Caitlan Coleman, denied on Wednesday, September 4, 2019, that he was sexually violent with her.

Via Prenup Lawyer near Me

KELOWNA, B.C. — A man wept as he pleaded guilty Thursday to killing his wife and two young daughters days before Christmas in 2017.

Jacob Forman entered guilty pleas in B.C. Supreme Court to one count of second-degree murder in the death of his wife Clara Forman and two charges of first-degree murder for the deaths of seven-year-old Karina and eight-year-old Yesenia. 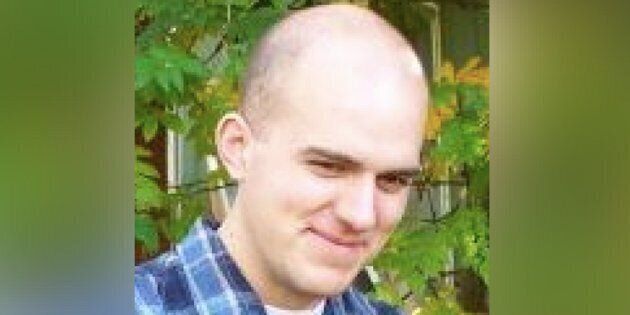 Outside court, Dieno said Forman killed his family as he was going through an extreme case of alcohol withdrawal.

He said Forman was a functioning alcoholic and had stopped drinking at the time he killed his wife and daughters.

Given his alcoholism, Forman originally believed he had a defence to offer to the murder charges, Dieno said.

“He was of the view that he had a mental state defence,” Dieno said.

“The report from the expert was such that (Forman) thought he should plead guilty,” Dieno said.

The Crown and the defence will enter an agreed statement of facts along with sentencing recommendations on Sept. 16 before Justice Allan Betton delivers a sentence.

When Forman’s trial began on Tuesday, he was asked how he pleaded and he replied: “I am responsible, but I’m not guilty of what the Crown is saying.”

The trial also heard Forman confessed to police on Dec. 27, 2017, and made confession-like statements to his brother and his pastor and in letters to family friends.