The Latest: EU deciding on Brexit extension ‘in coming days’

LONDON — The Latest on Britain’s impending departure from the European Union (all times local):

European Council President Donald Tusk says European Union leaders “will decide in coming days” whether to grant Britain another extension to the deadline for leaving the bloc, but he says their decision depends on developments in London.

Tusk said Tuesday that the decision on prolonging Brexit for three months after Oct. 31 “will very much depend on what the British parliament decides or doesn’t decide.”

Britain faces another week of political gridlock after British lawmakers on Monday denied Prime Minister Boris Johnson a chance to hold a vote on the Brexit divorce bill agreed in Brussels last week.

European Commission President Jean-Claude Juncker lamented all the work spent on Brexit rather than on EU policy, calling it a “waste of time and waste of energy.”

British lawmakers from across the political spectrum are expected to challenge Prime Minister Boris Johnson’s drive to push his European Union divorce bill through the House of Commons by Thursday, potentially scuttling plans to deliver Brexit by Oct. 31.

The bill faces two votes Tuesday, with lawmakers first being asked to approve it in principle, followed by a vote on the government’s schedule for debate and possible amendments.

While many analysts expect the bill to be approved, lawmakers may reject the three-day timetable because of concerns it doesn’t provide enough time for scrutiny.

Ken Clarke, a long-time lawmaker from Johnson’s Conservative Party, says “unless you are prepared to contemplate more expansive debate, there is not the slightest possibility of considering the deal that has been obtained within the time available.”

LONDON — British lawmakers from across the political spectrum are expected to challenge Prime Minister Boris Johnson’s drive to push his European Union divorce bill through the House of Commons by Thursday, potentially scuttling plans to deliver Brexit by Oct. 31.

The bill faces two votes Tuesday, with lawmakers first being asked to approve it in principle, followed by a vote on the government’s schedule for debate and possible amendments.

While many analysts expect the bill to be approved, lawmakers may reject the three-day timetable because of concerns it doesn’t provide enough time for scrutiny.

Ken Clarke, a long-time lawmaker from Johnson’s Conservative Party, says “unless you are prepared to contemplate more expansive debate, there is not the slightest possibility of considering the deal that has been obtained within the time available.”

Who won in the 14 notable GTA ridings on Election Day?

Some notable voter-rich ridings in the Greater Toronto Area had the potential to shake up the federal election this year.

Here is a list of the candidates who won in the 14 most notable ridings in the GTA.

This page will be updated as election results come in tonight.

Winner: Liberal incumbent Kirsty Duncan has been elected as MP for Etobicoke North. 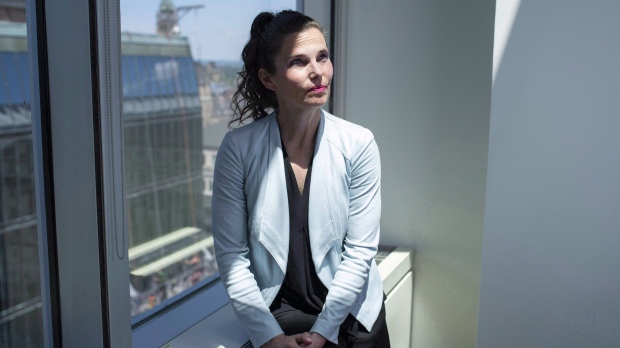 The riding is part of the City of Toronto and its boundaries are Steeles Avenue West to the north, the Humber River to the east, Dixon Road to the south and Renforth Drive to the west.

It’s voted Liberal since 1988. MP Kristy Duncan has had the seat since 2008. She won the 2015 federal election with just over 62 per cent of the vote, severely beating Conservative candidate Toyin Dada. This year, Duncan ran against the NDP’s Naiima Farah, the Conservatives Sarabjit Kaur and the People’s Party of Canada’s Renata Ford, who is the widow of former Toronto Mayor Rob Ford.

Winner: Incumbent Bill Blair has been re-elected in Scarborough Southwest. 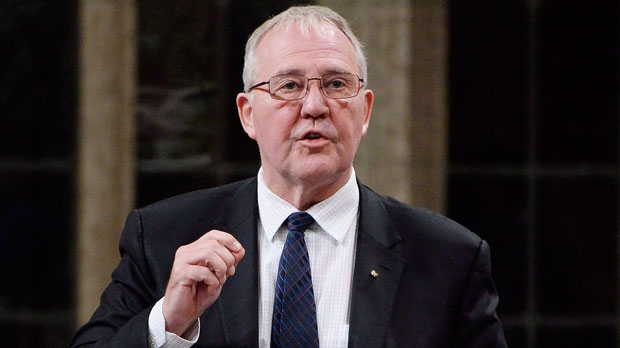 The riding covers the southwestern part of Scarborough.

One-term incumbent Liberal Bill Blair, who served as the chief of the Toronto Police Service for 10 years before entering politics, ran once again after he won a landslide victory in 2015. At the time, the riding was held by New Democratic Party MP Dan Harris. The NDP’s Keith McCrady, an Ojibway and Cree community leader, was Blair’s rival this year, as well as the Conservative Party’s Kimberly Fawcett Smith.

Winner: Bill Morneau has been re-elected as the MP for Toronto Centre. 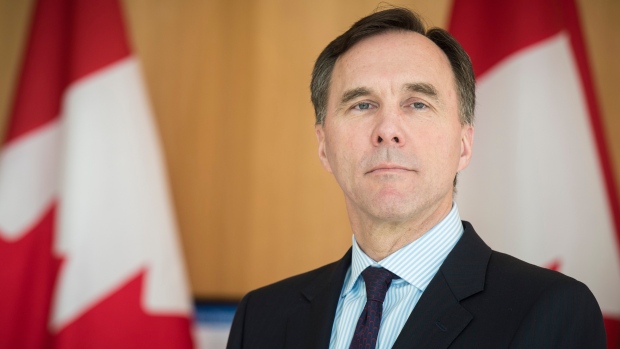 This riding covers the heart of downtown Toronto, including areas like Regent Park, St. James Town and Church and Wellesley.

The riding, historically known to vote conservative, has now been in Liberal hands since 1993. The riding was represented by Liberal MP and Finance Minister Bill Morneau, who entered politics for the first time in the 2015 election. Previous to the last election, the riding belonged to Foreign Affairs Minister Chrystia Freeland. Morneau beat his NDP rival Linda McQuaig by 15,800 votes. Now, he faced off against NDP’s Brian Chang, a choral musician and community organizer, and the Conservative’s Ryan Lester.

Winner: Incumbent Conservative Peter Kent has been elected as MP for Thornhill. 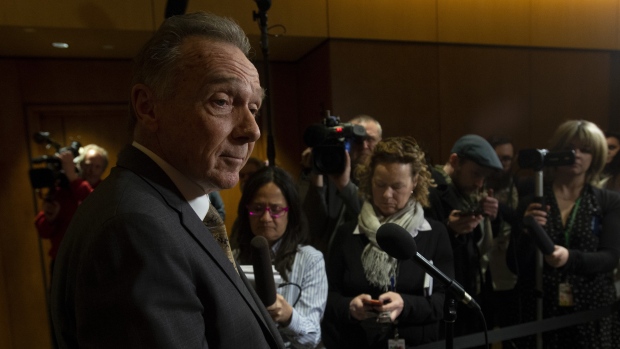 This riding covers the Thornhill neighbourhood, which is split between Vaughan and Markham.

The riding is a conservative stronghold, where incumbent Peter Kent has served as MP since 2008. The former minister of the environment, who served as deputy editor of the Global Television Network before entering politics, hoped to win his seat once again in this year’s election. He won the last election with a landslide victory, winning 58 per cent of the votes. He faced Liberal candidate Gary Gladstone, a resident of the riding for 25 years.

Winner: Incumbent Erin O’Toole has been re-elected as MP for Durham. 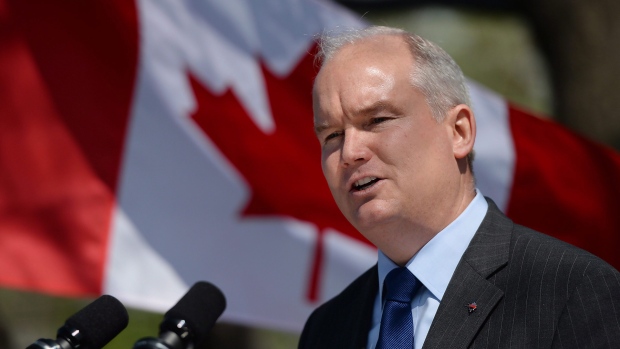 The riding has voted in Conservative leaders since 2004 without interruption. Warming the seat was Erin O’Toole, who won just over 45 per cent of the vote during the last federal election, leaving Liberal candidate Corinna Traill with about 35 per cent of the vote. O’Toole, who ran for Conservative leadership in 2017, ran against young Liberal candidate Jonathan Giancroce.

Winner: Adam Vaughan has been re-elected as MP of Spadina-Fort York. 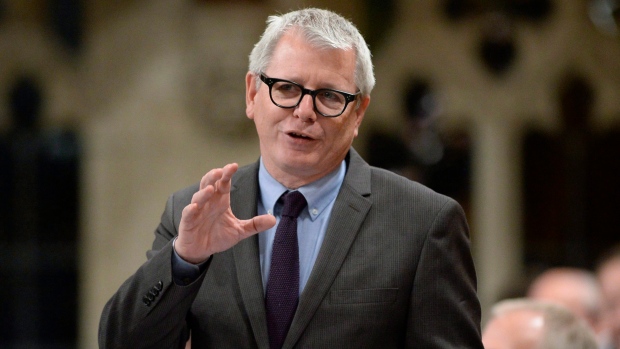 This Toronto riding’s boundaries are roughly along Mill Street, The Esplanade, Bay Street to the east, Dundas Street to the north, Dufferin Street and Dovercourt Road to the west.

This new riding was legally defined in 2013. Liberal MP Adam Vaughan was the first to win in the area during the federal election in 2015, beating NDP’s Olivia Chow with 54 per cent of the votes. Vaughan, a former journalist, ran once again in the 2019 election against climate justice advocate Diana Yoon with the NDP and the Conservative’s Frank Fang.

Winner: Liberal incumbent Navdeep Bains has been re-elected as MP for Mississauga-Malton 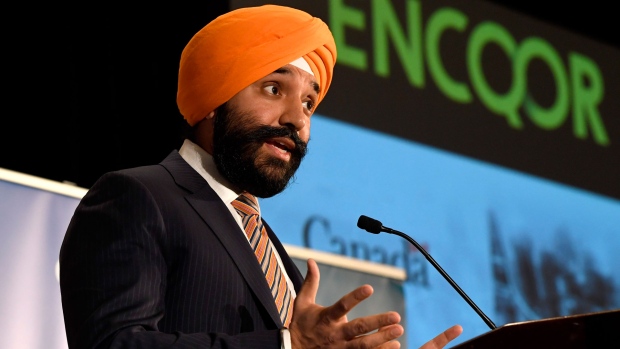 Mississauga-Malton is a new riding that was made ahead of the 2015 election. Liberal MP Navdeep Bains won the seat in the 2015 federal election with 59.12 per cent of the vote, beating Conservative candidate Jagdish Grewal. Bains, who is currently the minister of innovation, science and economic development, faced off against Conservative candidate Tom Varughese, a small business owner in the riding.

Winner: Incumbent Ahmed Hussen has been re-elected as MP for York South-Weston. 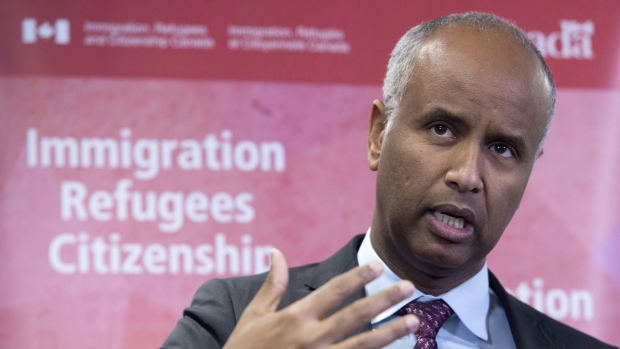 Located in the west end of Toronto, the riding is bordered by the Humber River to the west, Highway 401 to the north, the Canadian Pacific Railway to the south and the CN Rail line to the east.

Winner: Foreign Affairs Minister Chrystia Freeland has been re-elected as MP for University-Rosedale. 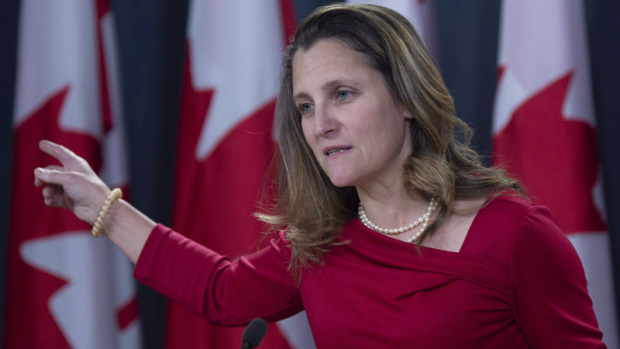 This riding includes the entire University of Toronto campus, as well as a number of high-income neighbourhoods, such as Rosedale and Yorkville.

Foreign Affairs Minister Chrystia Freeland was the first to represent the riding in 2015 after it was recently established. In 2015, Freeland, a former journalist and author, won against popular NDP candidate Jennifer Hollett. The cabinet minister ran this year against NDP lawyer Melissa Jean-Baptiste Vajda and Conservative Helen-Claire Tingling

This riding includes parts of west-end Toronto, including neighbourhoods such as Fairbank, Oakwood-Vaughan, Dovercourt Village, Bloordale Village and Corso Italia.

It will be a tight race today between Liberal incumbent Julie Dzerowicz and NDP’s Andrew Cash, who she beat in 2015 by only 1,441 votes. During the 2011 orange wave, Cash, a star candidate, became the first non-Liberal to win the seat in 50 years and he’s making another run for it in this federal election.

This riding lies east of downtown Toronto and is bordered by the Don River on the west, Taylor Creek on the north and Coxwell Boulevard and Coxwell Avenue on the east.

The riding is best known for belonging to former NDP leader Jack Layton. After his death, the riding remained in the hands of the party until 2015, when Liberal MP Julie Dabrusin won against incumbent Craig Scott by no more than 1,206 votes. Dabrusin is facing a new NDP opponent this year named Min Sook Lee, a documentary filmmaker and political activist.

This riding includes the town of Milton and a northern portion of Burlington, and is on the edge of the Niagara Escarpment.

This new riding was created in 2012, and used to be called Halton. Conservative MP Lisa Raitt has been an MP for the area since 2008 and held on to her seat in the 2015 federal election. Under the previous Conservative government, Raitt held various high-profile positions including Minister of Natural Resources and Minister of Transportation. Raitt is now facing off against Liberal candidate and Olympic athlete Adam van Koeverden.

This riding includes parts of the City of Markham and parts of the Town of Whitchurch-Stouffville in York Region. It’s bordered by the York-Durham Line to the east, Davis Drive to the north, Highway 404 to the west and Steeles Avenue East and Highway 48 and 407 to the south.

MP Jane Philpott won this new riding, which was created in 2012, for the Liberal party in 2015. She’s running now as an independent in this year’s federal election after she was kicked out of the Liberal caucus in April as a result of the SNC-Lavalin scandal. Philpott had resigned from her cabinet position as president of the treasury board after she said she lost “confidence” in Prime Minister Justin Trudeau. Her main opponents are Conservative candidate Theodore Antony and Liberal candidate Helena Jaczek, a former provincial politician with the cabinet of Kathleen Wynne.

It consists of the City of Guelph.

Guelph has voted Liberal federally for over a decade without interruption. Liberal MP Lloyd Longfield won the election for the riding in 2015, but things are starting to look a bit more uncertain after the Green Party won a seat during the provincial election. President of a Guelph-based solar panel company, Steve Dyck, is now running federally for the Green Party and early projections say he could possibly win a seat. Dyck and Longfield are also competing against the NDP’s Aisha Jahangir and the Conservative’s Ashish Sachan.

Mexico scientist accused as Russian spy due for bail hearing