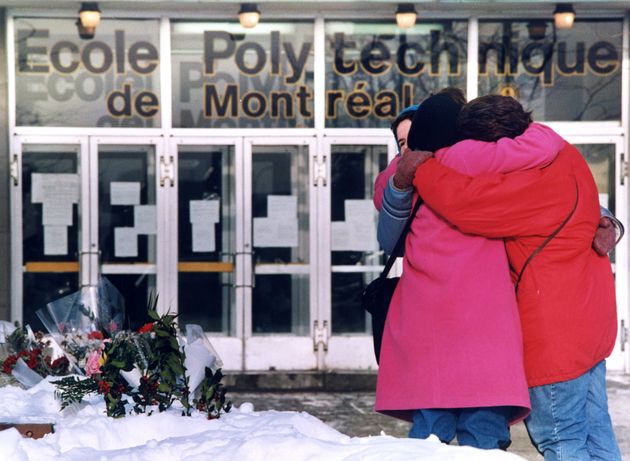 It’s been three decades since 14 women were killed at Montreal’s École Polytechnique because a man believed feminism had ruined his life. But gender-based violence is still a huge threat to women, trans and nonbinary people throughout Canada.

“We haven’t seen a decrease in the way that we were hoping, especially 30 years [later],” Andrea Gunraj, vice president of public engagement for the Canadian Women’s Foundation, told HuffPost Canada. “There are some things that are staying the same, and potentially even getting worse.”

But Gunraj says those numbers don’t tell the whole story. The “dark figure” of crime —  the difference between what people experience and what’s reported — is very high when it comes to domestic abuse, she said. And we do know thata Canadian woman is killed by her partner approximately once every six days.

Immigrant women may be more vulnerable to domestic violence because of language barriers, economic dependence, and a lack of community resources. Newcomers to Canada who have left war or restrictive governments may beless likely to report violence to authorities because of their fear of the consequences of doing so.

Indigenous women experience more severe forms of intimate partner violence than non-Indigenous women, and are more likely to be homicide victims. Earlier this year, the National Inquiry on Missing and Murdered Indigenous Women characterized the astronomical rate of violence against Indigenous girls and women as a “genocide.” Experts said it would be impossible to quantify the full number of women who had either disappeared or been killed.

Women who identify as gay or bisexual are also at higher risk of violence, — they are three to four times more likely to report experiencing spousal violence. And trans women, gender-diverse people, and Two Spirit people are also at an elevated risk of being the victims of violence, including hate-motivated violence.

The first step: acknowledging the problem

The simple refusal to acknowledge the scope of the problem of violent misogyny is a big part of the problem, in Gunraj’s estimation. The Polytechnique shooter separated the men from the women and declared that he was “fighting feminism,” but those motivations were still downplayed in many media reports about the massacre. His suicide note also spelled out his motives clearly, featuringa list of 19 prominent feminists who he said “nearly died today,” adding that “he lack of time (because I started too late) has allowed those radical feminists to survive.”

But police didn’t release the note – it was published by La Presse columnist Francine Pelletier, one of the women named on the list, who received it anonymouslynearly a year after the killings took place.

This year, Montreal authorities changed the wording at the memorial park to call it an “anti-feminist attack.” Before that, the massacre was referred to as a “tragic event.” 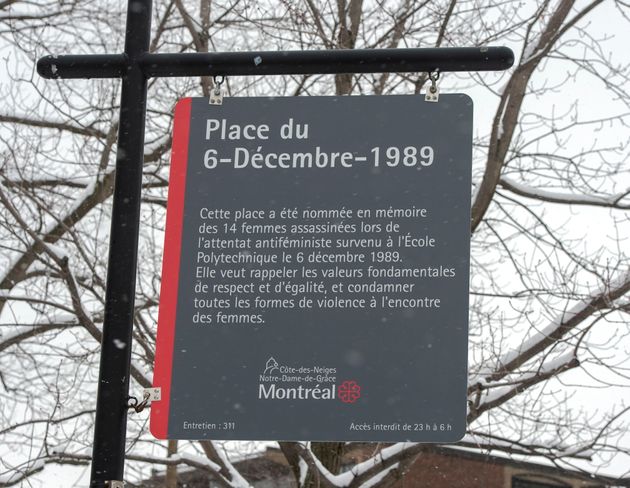 Some of that same media framing happened after the 2018 van attack, Gunraj said. There was a rush to explain the “incel” community the alleged perpetrator who killed 10 people on Toronto’s Yonge St. allegedly belonged to, but not as much of a reflection on the misogyny inherent in that community, she said.

“Because it’s framed as ‘incel,’ we might forget that it’s really an idea of misogynistic and discriminatory thinking that has spilled out into a public space.” Eight women and two men died in the attack.

Gender-based violence as a broad topic might seem to encompass two discrete issues: women, nonbinary and trans people being the target of intimate partner violence at home seems very different from incidents of misogynistic mass violence. But there are several documented accounts that show that most people who commit mass violence have a history of domestic abuse.

“The idea that it stays between people in a home is actually not true at all,” Gunraj said. “If we don’t take intimate partner violence seriously, it spills out in our workplaces, in our communities, in our public spaces.”

Ending violence of this kind would necessitate a massive cultural shift, according to Gunraj. “We have to deal with the deep underlying issues of misogyny that we all get impacted by, that we all get taught,” she said. In the case of both Dec. 6 and the van attack, misogyny “connects into a person’s personal life, and their personal thinking. So, we have to look at changing those things.” 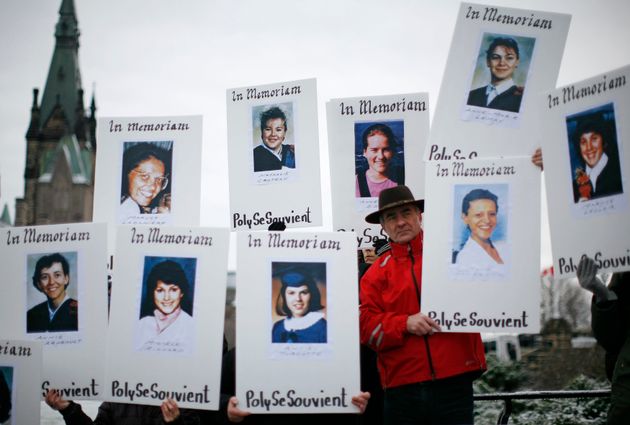 There are so many ways we internalize gendered ideas without even thinking about them, she explained. One example is the way our public spaces are designed. Women and trans and nonbinary people might feel scared walking alone at night in a public park, for instance, but you’ll rarely hear men complain about that fear. “And when you look at the way the park was set up, it’s very bushy, it’s not well-lit, it doesn’t have much surveillance, it doesn’t allow people to see what’s going on outside and inside,” she explains.

“Even the way that we structure cities our living environments — you can say that for campus spaces, and malls, and community centres. You can go on and on.

These conversations are difficult ones, she acknowledges. But she hopes to see a shift happen soon.

The work being done

In the face of statistics and stories as difficult as these, there is work being done across the country to prevent violence against women and girls and to help those affected by it.

TheNative Women’s Association of Canada’s work to support the well-being of Indigenous women across the country includes violence prevention. On a local level, the country’s manyNative Friendship Centres provide supports for violence prevention and reconciliation, among many other services.

Egale works to support LGBTQ2S people in Canada in a variety of ways, including fighting hatred and bullying.Stop Abuse For Everyone advocates for access to victim and prevention services for all people, regardless of gender, sexual orientation, race, or age.

TheDisAbled Women’s Network Canada advocates for the rights of women with disabilities, including in violence prevention.

TheWhite Ribbon Campaign, which began in 1991, brings men into the work to end violence against women and girls. Its annual campaign and ongoing activism during the year works to dismantle toxic masculinity.

Via How to Get a Divorce