BEIJING — China is hinting at upcoming trials for two Canadian citizens held for a year on vague national security charges in what is widely believed to be an attempt to pressure Canada to release Meng Wanzhou, a top executive at Chinese tech giant Huawei.

Foreign ministry spokeswoman Hua Chunying told reporters on Tuesday that the cases of Michael Kovrig and Michael Spavor have been transferred to prosecutors for “review and prosecution in accordance with the law.” Such trials are usually carried out behind closed doors and convictions are virtually assured.

﻿Beijing detained Kovrig and Spavor last December, days after Meng, whose father is Huawei’s founder, was arrested in Vancouver on Dec. 1, 2018, at the request of U.S. authorities who want her on fraud charges.

China has also sentenced two other Canadians to death and suspended imports of Canadian canola. Relations between Canada and China are at their lowest point since Chinese troops cracked down on pro-democracy protesters in Beijing’s Tiananmen Square in 1989.

Neither Kovrig nor Spavor is known to have had access to lawyers or contact with family members. Meng is living under house arrest in one of her two luxury mansions in Vancouver, where she recently penned a letter contrasting her hectic life as a Huawei executive with her current placid existence as her legal team fights a U.S. deportation request.

US oil executives jailed in Venezuela given house arrest

The partial release of the six employees of Houston-based Citgo was confirmed to The Associated Press by two people familiar with the case who spoke on the condition of anonymity because of the sensitive nature of the case.

Tomeu Vadell, Jose Luis Zambrano, Alirio Zambrano, Jorge Toledo, Gustavo Cardenas and Jose Pereira were hauled away by masked security agents while at a meeting in Caracas just before Thanksgiving in 2017. They had been lured to Venezuela in order to attend a meeting at the headquarters of Citgo’s parent, state-run oil giant PDVSA.

The two people said lawyers for the six men had made the request to be granted house arrest due to health concerns. There was no immediate comment from President Nicolas Maduro’s government.

The men are awaiting trial on corruption charges stemming from a never executed plan to refinance some $4 billion in Citgo bonds by offering a 50% stake in the company as collateral.

Prosecutors accuse the men of manoeuvring to benefit from the proposed deal.

But many believe the men, five of whom are naturalized U.S. citizens and the other a legal resident, are being held as political bargaining chips as relations between the U.S. and Venezuela have deteriorated. They cite as evidence of irregularities the decisions by Venezuelan Judge Rosvelin Gil to postpone 15 straight times a preliminary hearing.

U.S. Vice-President Mike Pence in April called for the men’s release after meeting with family members at the White House.

“We are going to stand with you until they are free and until Venezuela is free,” he said at the time. 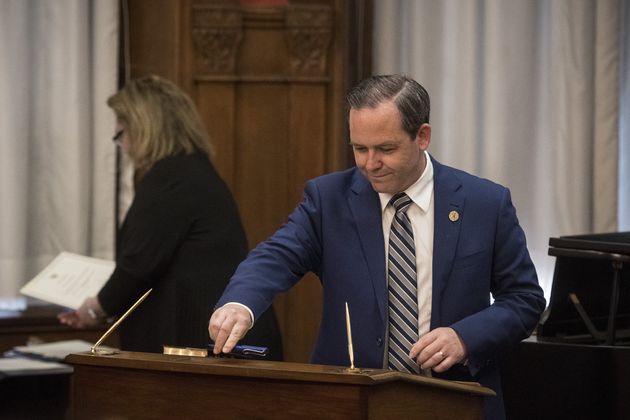 TORONTO — Ontario’s attorney general said he would backtrack on some planned cuts to legal aid as he unveiled a suite of changes to the justice system Monday.

The province’s Progressive Conservative government had announced in its 2019 budget that it would slash $164 million in funding — almost half of Legal Aid Ontario’s 2018 provincial funding — over the next three years.

The $133-million cut made this year will stay in place but a planned $31-million in additional cuts won’t go ahead, government officials told HuffPost Canada.

“We decided that we’re at a level where it’s sustainable and it’s efficient and there’s opportunity to expand service with current funding,” Attorney General Doug Downey told reporters at Queen’s Park.

We decided that we’re at a level where it’s sustainable and it’s efficient and there’s opportunity to expand service with current funding.Doug Downey

He had just introduced an 84-page bill that makes changes to 20 existing laws, including the Legal Aid Services Act.

The reforms will give Legal Aid Ontario (LAO) more control over how it provides services, Downey said.

LAO provides legal services for people who can’t afford a lawyer. A single person has to earn less than $22,700 to qualify for its services. Legal clinics that support injured workers and workers fighting unjust firings have already laid off staff because of the cuts made so far this year.

One lawyer called the changes a “classic ploy” that could further erode legal aid in Ontario.

“We are deeply concerned,” said Dana Fisher, local vice president for the Society of United Professionals, a union that represents legal aid lawyers.

She said the latest changes to the law will end a legal requirement for LAO to provide services in criminal law, family law, clinic law and mental health law.

“They’ve already stripped the funding and now they’re in a position where the services could be stripped,” Fisher said.

“I think it’s appalling to suggest that there was no harm done,” by the cuts already made, she added. “There are people across this province who need access to Legal Aid Ontario and don’t get access to the services that they need.”

The cuts had been panned by lawyers, legal clinic staff, and even the provincial agency’s own CEO.

“Although we anticipated a reduction in our allocation … the daunting size of the reduction has truly taken us by surprise,” Field said in the April 17 letter, obtained by HuffPost Canada through a freedom of information request.

“We are quite concerned about our ability to respond to this turn of events without additional detrimental impact on client services. It will be far from easy.”

… the daunting size of the reduction has truly taken us by surprise.David Field

LAO’s chair told reporters Monday that the cuts did create challenges, but the new law would make things easier.

Under the current rules, LAO can’t refer a client to a lawyer who will accept their legal aid certificate, Charles Harnick said. That will change when the new rules are passed and make things easier for clients, he said.

“If people are looking for legal aid, we are open for business,” the chair, appointed by Downey’s predecessor Caroline Mulroney, said.

The government said Downey’s bill, the Smarter and Stronger Justice Act, would give LAO more power over the services it offers, make it easier for victims to sue people who share intimate images without consent, simplify the rules for administering small estates and increase fines for lawyers and paralegals who engage in misconduct.

Via File for Divorce Online