“He came out of nowhere.”

That’s how Moka Dawkins describes the first of many alleged attacks against her inside the Toronto South Detention Centre, one of Canada’s most violent all-male jails.

“I was completely naked and standing in the shower when this guy snuck in and punched me multiple times in the back of my head,” Dawkins, who is on bail, told HuffPost Canada. “I had no idea why this was happening to me.”

According to a court-filed affidavit, Dawkins alleges the altercation took place in the winter of 2016 and ended once guards were able to intervene and remove the other inmate.

She said her experience illustrates how Ontario’s jail system fails to protect transgender inmates from violence and discrimination. Dawkins is a transgender woman who has spent the last four years incarcerated at Toronto South and Toronto East Detention Centres, first while awaiting trial and then during a sentence for manslaughter.

“Inmates insult me on a daily basis. They call me a ‘tranny’ or ‘faggot’ and guards do nothing to prevent this from happening,” Dawkins said. 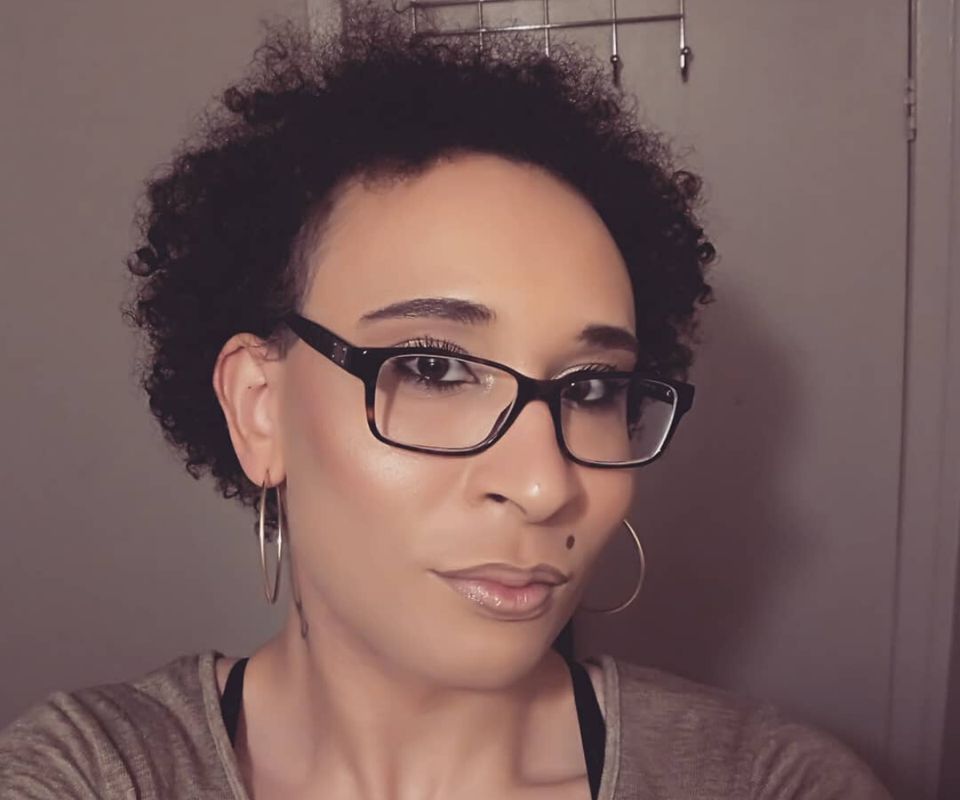 HuffPost Canada reviewed court documents and conducted more than 10 interviews as part of this story. Dawkins filed a complaint in March about her experience inside the Toronto South Detention Centre that’s now before the Ontario Human Rights Tribunal. It alleges that she was rejected as a food server in the jail because of her gender identity and expression. The complaint also alleges that the derogatory language used by the corrections officers and the rejection of her request to be a food server were violations of her human rights.

The submission continues, “Ms. Dawkins has had cause to fear for her safety due to corrections officers failing to adequately protect her which Ms. Dawkins submits is a direct result of her gender identity and gender expression.”

“Many LGBTQ2S offenders experience acts of hatred and assault at a higher rate compared to the rest of the prison population, due to an extreme lack of care and concern for their safety. Even though correctional officers are supposed to protect them,” Love said.

When Dawkins moved from Montreal to Toronto in 2015, she had just started living as a transgender woman and saw her new city as a safe haven with more LGBTQ support services and a larger trans community than where she came from. She never imagined she would soon be behind bars, serving a sentence for manslaughter.

After a few months of living alone in a new city, Dawkins said she fell on hard times and frequently relied on sex work to make ends meet.

One night, things turned horribly ugly with one of her regular clients, Jamie Foster. Dawkins said she was stabbed in the face and forced to fight her way out of his home. After a brief struggle, she said she was able to take control of the knife and proceeded to stab Foster multiple times.

“I thought he was going to kill me,” Dawkins testified during her second-degree murder trial in October 2018. “He kept attacking me so I swung back.”

Foster died from his injuries in the hallway of his apartment building, and police charged Dawkins in the death. In November 2018, a jury acquitted Dawkins of second-degree murder, but convicted her of manslaughter, a lesser charge for which she was sentenced to eight years in prison.

There are times when a guard has said something transphobic and that only encourages the other inmates to do the same thing.Moka Dawkins

Ontario Superior Court Justice Robert Clark credited her with two days for every one she spent in pre-trial custody, bringing her time served to six-and-a-half years. Dawkins was left with 16 months in her sentence.

Since then, she said she has endured more than a dozen physical attacks in two different Toronto men’s jails, leaving her with cuts, bruises and a scar under her bottom lip.

“There are times when a guard has said something transphobic and that only encourages the other inmates to do the same thing,” Dawkins said.

Despite the poor conditions and risk of abuse by inmates, Dawkins said it was her decision to go to a men’s jail.

“I was told that if I went to a women’s institution I would be kept in segregation, because I haven’t fully transitioned to a woman yet,” she said. “Although I didn’t really know what I was signing up for, I knew that I didn’t want to end up in segregation, so I decided to go to a men’s jail.”

She was worried about the impact segregation would have on her mental health: “Seg is the worst. You’re locked in a room by yourself all day with no mirror and reduced phone privileges. It starts to make you depressed.” 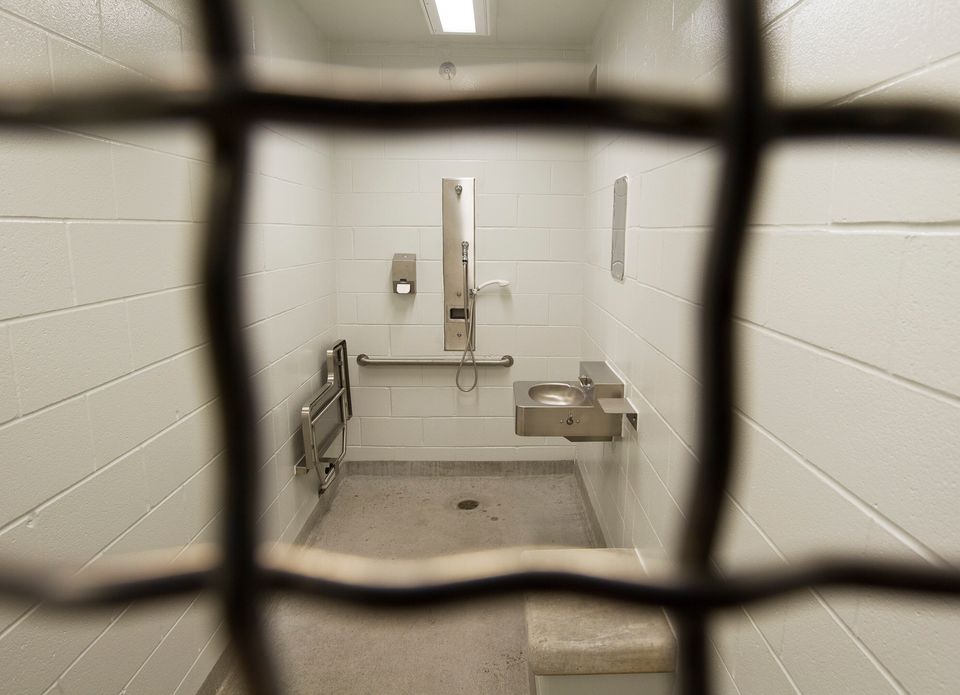 Trans people already face a higher risk of suicide than heterosexual and lesbian, gay and bisexual people, according The Centre for Suicide Prevention, and experience higher rates of mental illness than the general population. Stressors that particularly affect them include harassment, assault and institutional prejudice like policies that fail to protect against discrimination, said the centre.

Upon her arrival at the Toronto South centre, staff denied her request to wear a wig.

“I felt like they were taking away my identity,” said Dawkins, who also identifies as Black and of Cree and Mi’kmaq descent.

In an effort to improve her mental health and self-confidence, Dawkins said she decided to wrap a T-shirt around her head to mimic hair and feminize her appearance. But head coverings are forbidden in the jail because they could change someone’s appearance, which is considered a security issue. Dawkins claims she was moved to segregation for two weeks because she violated that rule.

In a brief submitted to the House of Commons standing committee on LGBTQ2S health in May, Dr. Kate Greenaway, a family physician and an expert on transgender health care, underscored that prolonged wait times to gender-affirming interventions such as wigs or hormone therapy can increase depression and suicides among trans people.

With the help of a “trans positive” social worker inside the jail, Dawkins submitted a request to wear her wig to Ontario’s Ministry of the Solicitor General. That query was approved — on April 20, 2018, more than three years after her arrival at the jail.

One source within the jail confirmed to HuffPost they knew of Dawkins’ struggles to gain access to a wig, although they did not know why she wasn’t initially allowed to wear one. 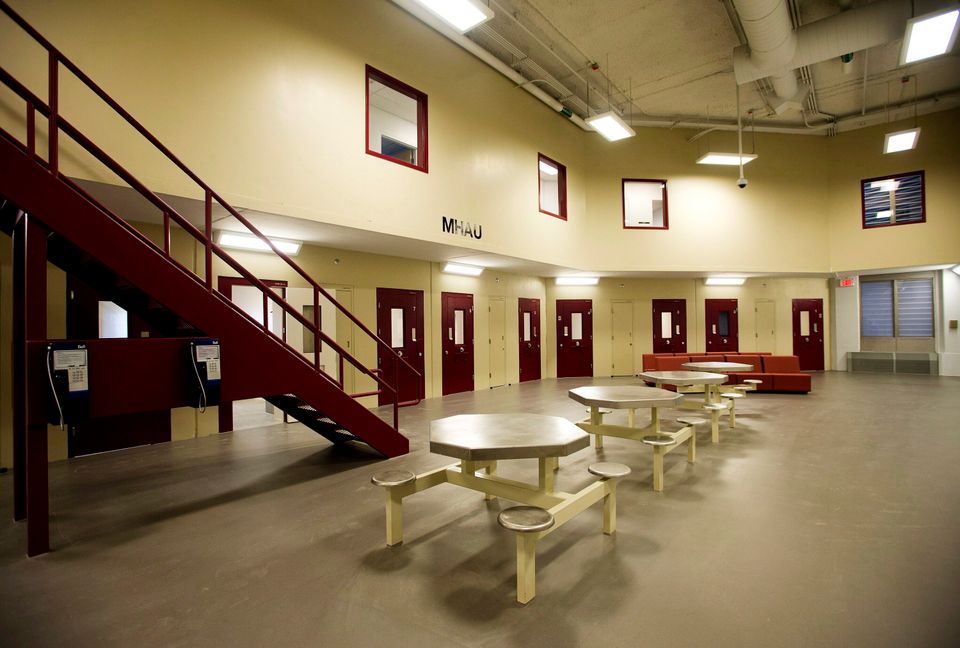 Up until her release, Dawkins said many of the jail’s guards would refer to her as a male, despite repeated requests to use her preferred pronouns.

“Every time I have a court appearance and need to get processed, I hear guards complain that they do not want to process a tranny,” Dawkins said about the procedure of frisk search and completing documents. “I am often left waiting for hours before a guard agrees to process me.”

As a result of 2012 legislation, the Ontario solicitor general created a Policy for the Admission, Classification and Placement of Trans Inmates.

The policy “recognizes a person’s self-identified gender, preferred name and pronouns, as well as their housing preference.” It also says: “Trans inmates will be permitted to retain personal items, including prosthetics, necessary to express their gender both in the institution and while being transferred by Corrections staff, unless it can be proven that there are overriding health and safety concerns present which cannot be mitigated.”

The Correctional Service of Canada (CSC), which manages federal prisons, enacted a similar interim policy in 2017.

CSC spokesperson Marie Pier Lécuyer said the interim policy is “to ensure that offenders who identify as transgender are afforded the same protections, dignity and treatment as others.”

When HuffPost asked about Dawkins’ allegations that she felt unsafe in jail, Brent Ross, a spokesperson for Ontario’s Ministry of the Solicitor General, said in a statement: “Given this matter is before the Human Rights Tribunal of Ontario, it would be inappropriate to provide comment.”

The ministry also declined to clarify its position on housing transgender offenders during lockdowns and on protocols for reporting abuse by correctional centre staff.

Love attributes Dawkins’ alleged mistreatment to a number of issues, including transphobia and a lack of LGBTQ cultural competency amongst correctional centre staff.

“It’s unfortunate that our system isn’t up to speed with the laws and rights of transgender offenders,” Love said. “Our prisons are understaffed and offenders are put under lockdown because there isn’t enough staff to look after everyone.”

Since her arrest, supporters from Toronto’s LGBTQ community have rallied behind Dawkins,  raising money for her legal fees, lobbying against her original sentence and campaigning for better conditions during her imprisonment.

Aanya Wood, one of the organizers behind the Justice For Moka campaign told HuffPost, “We live in a transphobic society and those sentiments become amplified when you have 300 people locked up and living in close quarters. These institutions continue to trample over the rights of trans people.”

She added, “A lot of the focus has been on Moka’s status as a trans woman in a men’s prison, when the reality is she shouldn’t be in prison at all for defending herself against a violent client.”

In May, Dawkins was set to be paroled, but on the eve of her release, she was arrested on new charges. She is accused of drugging and sexually assaulting her cellmate.

Dawkins denies the claims, characterizing them as “an act of jealousy” over her early parole and support given to her from LGBTQ organizations. HuffPost Canada reached out to the cellmate’s lawyer, who said their client was unable to be reached for comment. 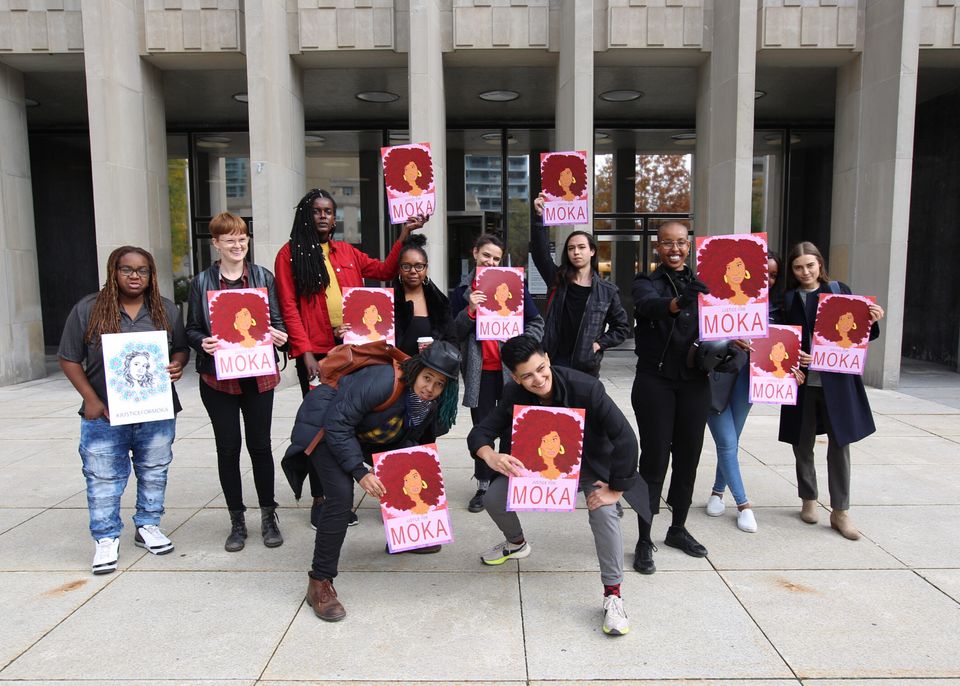 Last October, supporters from Maggie’s Sex Workers Action Group gathered at a Toronto courthouse, where Dawkins was scheduled for a bail hearing on the new charges.

Her lawyers, Michael Ellison and Adele Monaco, argued that the jail erred in its decision not to separate Dawkins from other inmates after her parole was approved.

“It is a standard practice for jails to segregate inmates for a period of 10 days after their parole has been granted to ensure a smooth transition and to prevent any altercations. That did not happen with Ms. Dawkins and these allegations occurred during that period,” Ellison told the court.

Ontario Superior Court Justice Gillian E. Roberts ruled that Dawkins did not pose a risk to reoffend, granting her bail.

Because of the toxic culture in prison, being trans makes you a target.Moka Dawkins

Since her release, Dawkins has been reconnecting with friends and working at her new job as a harm reduction outreach worker for a group that helps prisoners and ex-prisoners across Canada.

Her human rights complaint against the Ontario Ministry of Community Safety and Correctional Services is expected to be heard sometime this year, though a date has not yet been confirmed.

Dawkins hopes a favourable tribunal decision will help bring improvements to the safety and treatment of trans people within Canada’s correctional institutions. “Cisgender people can blend in with the other inmates, but it’s much harder for trans people. Because of the toxic culture in prison, being trans makes you a target,” she said.

“A lot of the problems that occurred when I was in prison could have been avoided if there were more programs to keep inmates occupied in addition to a safe space for LGBTQ inmates.”

@repost Prenup Lawyer near Me