NEW WESTMINSTER, B.C. — A judge who found a man guilty of second-degree murder and aggravated assault in an attack on two B.C. high school students says there is no evidence that Gabriel Klein’s mental health affected his ability to foresee the consequences of his actions.

Associate Chief Justice Heather Holmes of the B.C. Supreme Court said Klein had no reason to harm the two girls at Abbotsford Secondary School on Nov. 1, 2016, and that his conduct was “incomprehensible.”

“His mental state at the time of the attack can have extremely little weight,” she said in delivering her verdict on Friday.

Defence lawyer Martin Peters had argued in December that Klein, who was 21 at the time of the attack, did not have the intent to kill 13-year-old Letisha Reimer when he walked into the school’s rotunda. 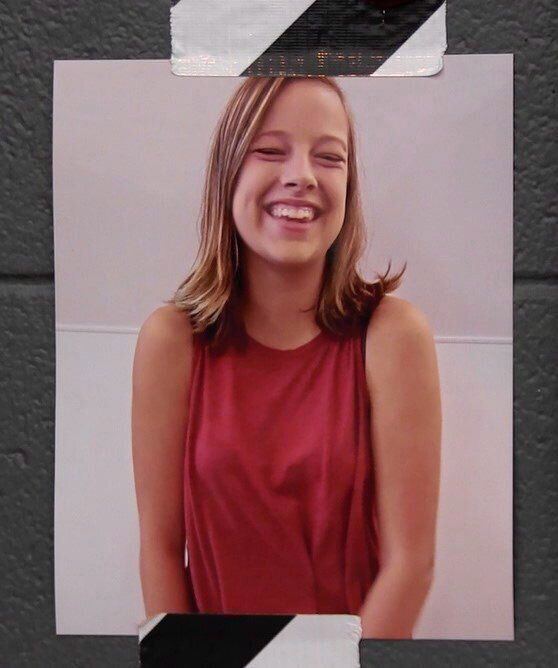 He urged Holmes to find his client guilty of manslaughter.

Peters argued there was reasonable doubt related to the murder charge because his client exhibited odd behaviour and mental distress beforehand, suggesting he did not intentionally plan to kill anyone.

He said in his closing arguments the Crown proved its case in the assault against the girl whose name is under a publication ban, and Klein should be found guilty on that charge.

Reimer died after being stabbed 14 times and her friend, who was also stabbed, suffered serious injuries. 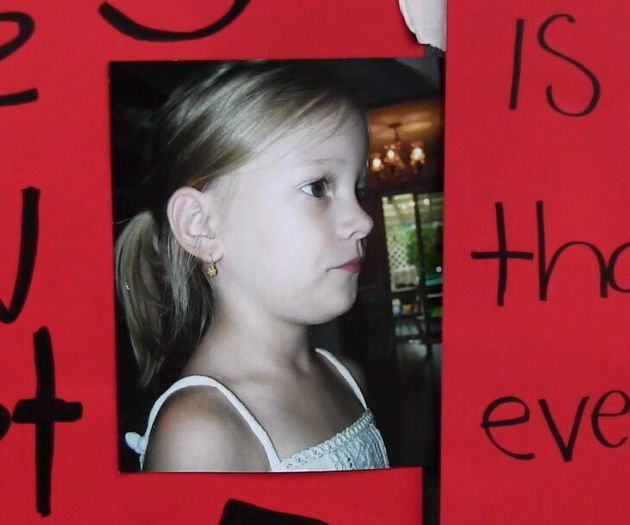 Surveillance videos played by the trial dui lawyer showed Klein stealing alcohol from a liquor store and a hunting knife from a sporting goods store hours before the attack. Peters said his client committed the thefts because he wanted to get drunk and use the weapon to stab a police officer in hopes of triggering a suicide-by-cop scenario.

Holmes said Klein “adroitly stole bottles of rum from the liquor stole” and the knife, asking store clerks where the items were located and going directly to them. When he walked into the rotunda, he had the knife out of the packaging and under his clothing, the judge said.

She said Klein quickly moved to attack Reimer after her friend escaped.

There is “abundant” evidence showing Klein acted with “purpose and foresight” in the lead up to the attack, Holmes said.

He was diagnosed with schizophrenia at a forensic psychiatric hospital in June 2017 and has been receiving treatment but was deemed mentally fit to stand trial.

Sentencing has been scheduled for two days, starting June 1, when victim impact statements will be heard by the court. The sentence for second-degree murder is life in prison with the earliest chance of parole set at 10 years. 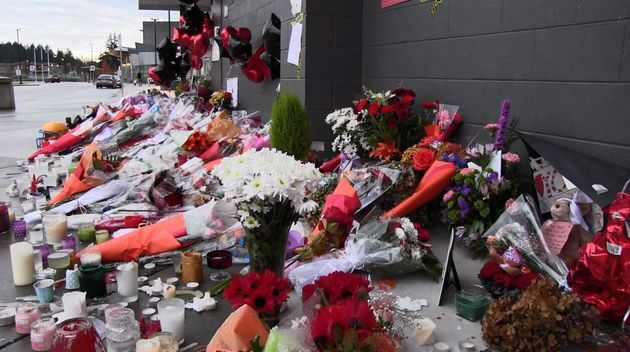 Crown attorney Rob Macgowan said in his closing argument that Klein faked symptoms of a mental disorder after his arrest in order to be found not criminally responsible of the crimes and even told a psychiatrist who assessed him at a hospital that his lawyer would use that as a defence.

Holmes said there was no evidence that the strange behaviour and sounds exhibited by Klein in the hours before the attack indicated a mental condition, but that doesn’t mean they were “deliberately feigned.”

Dave Teixeira, a spokesman for Reimer’s family lawyer, said the family was relieved by the verdict.

“This is just one more step in the journey,” he said outside court.

He read a statement from Ellie Reimer about the loss of her daughter, which said: “The people who are serving the sentence are those of us who no longer have Letisha in our lives.” 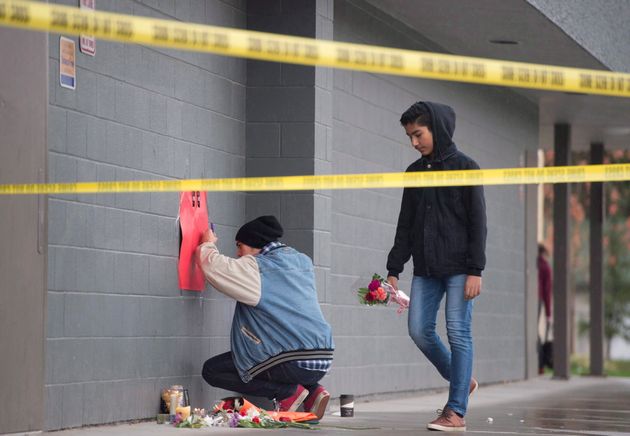 Peters said his client will “have a life sentence, no matter what,” but Holmes will look at a Gladue report to address the number of years Klein has to serve before he is eligible for parole. The report reviews the circumstances of Klein’s upbringing and Metis heritage, Peters said.

Klein was born in Winnipeg and had a “troubled upbringing” with his parents separating when he was a young teenager, he said, adding that his client moved to Alberta and grew up in Red Deer and Edmonton.

Klein will be sent to the regional assessment centre when he is sentenced and his mental health will be evaluated, Peters said.

“I’m hoping that he obtains a disposition which keeps him in a psychiatric facility,” he said.

“He is schizophrenic. A mental health facility will be a far better setting for him.”

He said Klein is remorseful.

“It’s an extraordinary thing to kill someone and to have to live with that,” Peters said.

“And he does live with it every day.”

This report by The Canadian Press was first published March 6, 2020.

Indigenous Youth Standing With Wet’suwet’en Arrested At B.C. Legislature: ‘It’s Not Over’

The chant echoes in a video posted to social media as a row of police officers is seen creating a path in through dozens of supporters, as five Indigenous youth are carried from the B.C. legislature steps to a waiting police van just after 1:30 a.m. Thursday morning.

In the video, the crowd pounds drums and shouts messages of support. Many had been camped on the steps of the legislature for 17 days, demanding John Horgan’s government stop construction of the Coastal GasLink pipeline on Wet’suwet’en land in northern B.C.

Ace Harry, an 18-year-old student at the nearby Pearson College, was one of seven Indigenous youth who had entered the legislature several hours earlier to meet with Minister of Indigenous Relations and Reconciliation Scott Fraser to discuss the dispute over Wet’suwet’en territory.

She was also one of the five figures carried out in handcuffs hours later.

“We want to make it very clear that we are willing to sacrifice a lot to hold the Canadian government accountable,” she told HuffPost Canada after her release.

The five arrested youth were members of Indigenous Youth For Wet’suwet’en, a grassroots collective based in Victoria that has organized similar actions in recent weeks.

Members were part of the multi-day occupation at the legislature that delayed the B.C. throne speech last month, and also helped mobilize nearly 1,000 demonstrators to picket government buildings on Feb. 14 as part of a “government shutdown.” 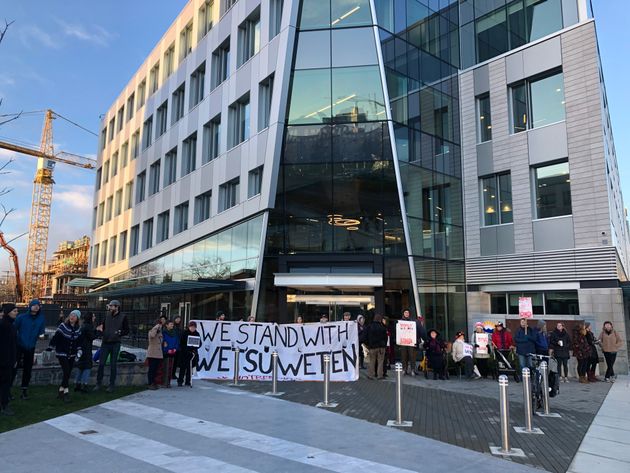 The group set up another occupation at the legislature a few weeks ago.

This week, they also issued an ultimatum to the government.

“We set that up and we sat around it and we said we’re not moving for the next 24 hours and this is where this is, where the minister can decide to meet us or not to give us that voice,” she said.

The meeting did go ahead Wednesday in what Harry called a very “respectful” fashion. But she says talks broke down when the minister refused to commit to stopping the pipeline construction.

When the group debriefed, she said they committed to staying for the long haul.

“We really talked about accountability and the lack of it in the Canadian government and what were we here to do if not hold the government as accountable as we possibly can,” she said. “So we looked at the crowd out the window and we decided that we were not moving until Coastal GasLink was removed or we were.”

These 7 youth, from our delegation of youth from many Indigenous nations, are inside the monument to colonial governance where so-called BC conducts its colonial business. Relatives & supporters outside are singing, & drumming to hold the ceremonial space.

The Ministry of Indigenous Relations and Reconciliation did not respond to HuffPost Canada’s request for comment.

On Thursday, Fraser told reporters at the legislature he felt “betrayed” by the youth’s decision to not leave the office.

Harry said the youth sat on the ground in the office and waited for police to enter. They were handcuffed and detained in the legislature building for almost four hours with the curtains to the office closed.

“It was pretty intense,” Harry said. “They cuffed us, and they kind of dragged us out in the hallway and then we were separated into two groups.”

We looked at the crowd out the window and we decided that we were not moving until Coastal GasLink was removed or we were.Ace Harry

In a statement Thursday, Victoria Police confirmed that five people were arrested for mischief at the legislature.

“There were no injuries in the arrests. Protesters called for others to surround the Legislature building,” the statement read. “Protesters actively obstructed officers. With the large crowd, it took several hours for our officers to be able safely to transport the protesters to VicPD Headquarters.”

In a statement, legal observers on the ground refuted the police claims that the crowd impeded police work. 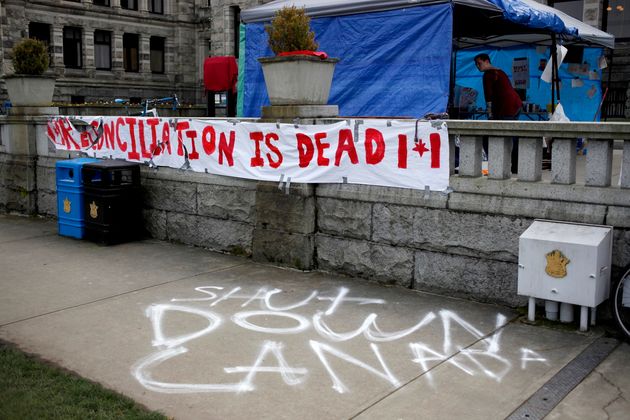 “Between 9:31 p.m. and 1:15 a.m. several people exited the B.C. legislature. Supporters who were gathered at entrances maintained a clear corridor,” the statement read.

Harry said she and the other youth had little idea what was going on during the hours they were detained.

“We mostly just leaned on each other for support the whole time, just constantly checking on each other and asking for the handcuffs to be loosened and trying to make ourselves as comfortable as possible,” she said. “We were very tense for probably about the first hour and then after that we had no idea when we were going to leave so we made ourselves comfortable.”

The five were released Thursday on condition of being banned from legislature property.

Between the hours of 4:30-6am, all 5 Indigenous youth were released from police custody. They have been banned from the BC Legislative Precinct. This colonial government cannot handle the truths that Indigenous youth bring to the doorstep.#WetsuwetenSolidaritypic.twitter.com/Lq8oWuYqsp

Harry says she and the others who were arrested will be taking some time off of direct action, but that the fight is far from over.

“We are committed to holding the government to account,” she said.

The arrests cap off the latest action in a series of demonstrations across Canada in support of Wet’suwet’en hereditary chiefs opposed to the Coastal GasLink pipeline.

Earlier this week the federal and B.C. governments announced a tentative deal had been reached with the chiefs regarding Wet’suwet’en land title and the dozens of rail blockades that have popped up across Canada in support of the chiefs in recent weeks. 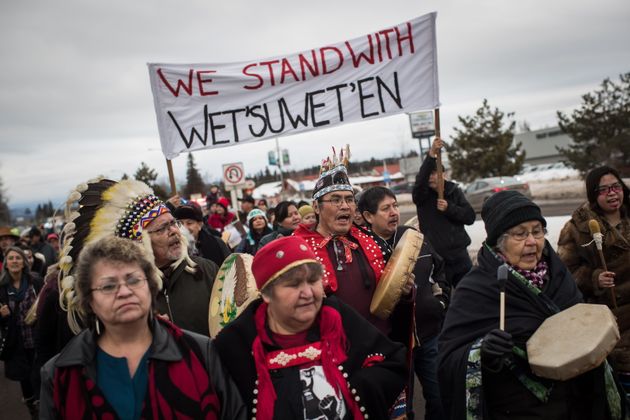 Chief Frank Alec, who goes by the hereditary name Woos, called the agreement “quite a milestone” Sunday. The text of the agreement has not yet been released, as members of the Wet’suwet’en must first approve the document.

But the youth arrested at the B.C. legislature say it isn’t enough. They say the agreement, while working to acknowledge Aboriginal title in the area, does not specifically address the pipeline at the centre of the controversy.

Harry said the deal was essentially a rehashing of the Delgamuukw Decision, a landmark 1997 court case that established Wet’suwet’en land title in northern B.C.

“Aboriginal title is already recognized in Indigenous law and Canadian law,” she said. “So that deal means next to nothing.”

She said Indigenous Youth For Wet’suwet’en will continue actions in Victoria until the pipeline construction is stopped.

During a press conference Thursday morning to mark the end of the occupation, Indigenous Youth for Wet’suwet’en organizer Ta’kaiya Blaney, who was in the meeting Wednesday night but left to update supporters outside before the arrests, called on the government to take action.

“Our movement isn’t about disrespect, it’s about the deep respect we have for the lands and waters that sustain all of us,” she said. “Our young people were arrested last night protecting your children.”

Construction on the Coastal GasLink pipeline resumed in full this week.