Sesame’s Count wants to get young children counted in census

ORLANDO, Fla. — No other age group was under-counted more during the last once-a-decade census than children under age 5, researchers say. Sesame Street is hoping to use Count von Count to change that.

The Muppet best known as the Count is joining Elmo, Rosita and her mom, Rosa, in public service announcements filmed on the set of the long-running educational television show. The spots encourage parents of young children to make sure they and their children are counted in the 2020 census.

The public service announcements in English and Spanish started airing Monday. The head count starts for most people this Thursday.

In the ad, the Count plays a census taker. Casting for the spots was purposeful, Sesame Workshop officials said.

“Rosita is a bilingual Muppet. Elmo is popular and connected to young children and families, and the Count is so logical when it comes to being counted,” said Jeanette Betancourt, Sesame Workshop’s senior vice-president of U.S. Social Impact.

The Sesame Street characters are joining a growing group of celebrities using their influence to encourage people to be counted. Morgan Freeman made a public service announcement for census outreach efforts in Mississippi. “Hamilton” creator Lin-Manuel Miranda and U.S. Rep. Alexandria Ocasio-Cortez cut one for New York City.

Sesame Workshop also is offering on its website fliers and information about the census that can be downloaded and distributed.

Demographers estimate that 4.6% per cent of children under 5, or 1 million children, weren’t counted in the 2010 census. The under-counting was worst in minority communities, with under-counting for Hispanic children estimated at 7.5% and for black children at 6.3%, according to researchers.

The consequences of overlooking young children in a community can be harmful since the decennial census helps determine the distribution of $1.5 trillion in federal spending, including money for schools, Head Start and family nutrition programs.

Researchers who have examined the under-count say young children are more likely to be living in multi-generational households, living in foster care, in more than one household because of parental custody arrangements, or living in multi-unit buildings like apartments that are difficult to access.

“Our youngest Americans need and deserve the resources that are vital to get an accurate count,” U.S. Rep. Katherine Clark of Massachusetts said last week.

The man accused of sexually assaulting and strangling 22-year-old Tess Richey to death in the city’s Church-Wellesley neighbourhood in 2017 is expected to take the stand at his murder trial today.

Following weeks of testimony from dozens of witnesses, the Crown closed its case last week against Kalen Schlatter, 23, who has been charged with first-degree murder in Richey’s death. 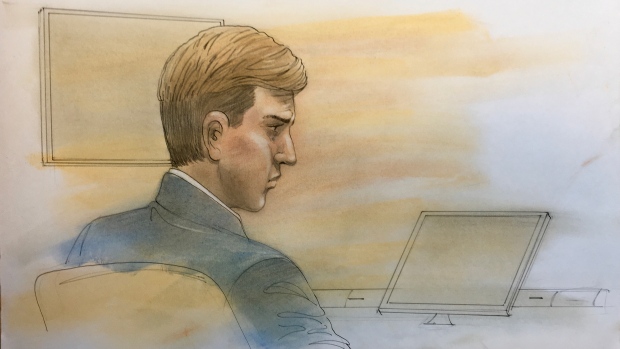 Richey’s lifeless body was discovered by her mother and a family friend in the exterior stairwell of a home under renovation near Church and Dundonald streets on Nov. 29, 2017, four days after she was reported missing by her family.

Richey was last seen alive in the early morning hours on Nov. 25, walking hand-in-hand with the accused down a driveway toward the stairwell where her body was eventually found.

Security video captured Schlatter walking away from the stairwell alone 45 minutes after he and Richey were spotted walking down the laneway.

Schlatter has pleaded not guilty to the charge and defence lawyers have pointed to the possibility that someone else may have been responsible for Richey’s death. 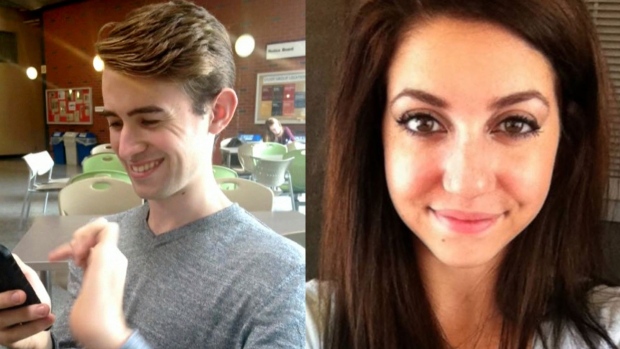 Last week, the jury heard from a jailhouse informant who told the court that Schlatter confessed to murdering Richey after she rejected his sexual advances.

The informant, who shared a cell with Schlatter in 2018, said the accused admitted to choking Richey to death with a scarf and ejaculating on her.

The Crown has previously said the Schlatter’s semen and saliva were found on her clothing.

The cellmate, who cannot be identified under a court-ordered publication ban, said Schlatter admitted that after strangling the victim, he stole $60 from her purse along with a chain necklace.

The cellmate added that while they were imprisoned, the two “brainstormed” ideas about other ways Richey could have died, including by suicide or at the hands of another suspect.

He told the court that during his conversations with Schlatter, the accused showed no “concern” or “remorse” for what he had done and was primarily focused on how to get out of jail.

The trial continues at 10 a.m.

KHARTOUM, Sudan — When Youssef al-Sewahly took to the streets in Sudan late in 2018, he and the other protesters had one goal: to remove the autocratic regime of Omar al-Bashir and replace it with a civilian-led government. They’ve achieved the former, but the latter still hangs in the balance.

Now, he and other young protesters find themselves with their futures on hold, suspended with the uncertainty of the post-uprising transition.

Nearly a year after al-Bashir’s ouster, the country faces a dire economic crisis. Inflation stands at a staggering 60% and the unemployment rate was 22.1% in 2019, according to the International Monetary Fund. The government has said that 30% of Sudan’s young people, who make up more than half of the over 42 million population, are without jobs.

Farida, 26, graduated from the University of Khartoum in 2017 with a degree in education. Since then, she has not been able to find work as a teacher. She helps her mother who works as a tea street vendor in the capital. She, like many young people, predicts the return of protests if things don’t improve.

“The situation is deteriorating, and prices are skyrocketing,” she said, asking that she be identified by only her first name for fear of being targeted for speaking out against the interim authorities. “If they cannot find a solution, people will take to the streets again.”

Generals remain the de facto rulers of the country and have shown little willingness to hand over power to a civilian-led administration. Youth activists like al-Sewahly face arrest and intimidation and are still reeling from a ferocious crackdown by security forces last summer that broke up their sit-in and killed dozens.

“Our trust in the military is zero, we do not expect anything from them,” said al-Sewahly, 19, who stopped attending high school when the protests started.

Al-Sewahly and other activists have found a refuge at a charity centre just blocks away from the former location of the sit-in in the centre of Khartoum. It sprang up as a central point where family members could come for help as they searched for protesters missing and feared dead in the June 3 crackdown. It has since come to serve as a sort of community centre.

Al-Sewahly and his friends sleep there most nights. They risk being targeted by security forces if they draw too much attention to themselves. Al-Sewahly was arrested early this year while walking near the sit-in location. He was kept for several days before being released.

On the walls outside the centre, a mural with faces of dead protesters reads, “Shame on us if the blood of the martyrs was shed for naught.”

In some ways, the centre is a small re-creation of the sit-in, which over the course of months had burgeoned into a tent city where protesters welcomed the homeless, street vendors and the poor.

It was high bread prices that had finally motivated many Sudanese people to take to the streets after years of oppression. At first, they were a motley crew of young men like al-Sewahly. But their numbers grew, and the scattered marches in the dusty alleys of the suburbs morphed into the permanent sit-in outside the military’s headquarters. Women and people of all ages and classes joined.

Al-Sewahly said that’s when he began to think they had a chance.

“We came to the conclusion that we would continue on the path to overthrow the al-Bashir regime and build a new free country,” al-Sewahly said.

Online and on television, he and other young people grew up seeing a wider world that didn’t match their homeland.

Al-Sewahly had known no other leader but al-Bashir, who ruled since coming to power in an Islamist-backed military coup in 1989. Al-Sewahly grew up in a Sudan that imposed a strict interpretation of religion on its citizens, limiting personal freedoms, and was an international pariah for its support of extreme Islamists.

Throughout his life and longer, Sudan had been at war with itself, with Khartoum fighting multiple rebel movements. Sudan was cut in half when South Sudan seceded in 2011. Al-Bashir continued ruling the north with an iron fist, as the economy started a slow nosedive without the south’s oil resources.

One of the clearest symptoms of the dysfunction was a lack of opportunity for youth.

They had watched youth-led protest movements in 2011 remove other autocrats throughout the region, only to see al-Bashir’s infamous security forces crush the stirrings of demonstrations on Sudan’s streets. In 2013, a spike in fuel prices sparked protests that were brutally squashed, with about 200 demonstrators killed, according to rights groups.

Last year’s marches proved different. They turned into the most sustainable protest movement since Sudan’s independence from its Egyptian and British overlords in 1950s. Pressured by demonstrators camped outside its headquarters, the military in April overthrew al-Bashir.

There were celebrations, at first. People cheered and waved Sudanese flags out of car windows. Al-Sewahly now remembers them as premature. To see the transition through, he and other demonstrators decided to continue their sit-in until civilian officials were appointed.

But the military soon showed it would brook no further dissent. Security forces stormed the protest camp on June 3.

“They fired live ammunition randomly,” al-Sewahly said. “They meant to kill us, humiliate us.”

He was one of hundreds who were rounded up and beaten in the crackdown. Up until then, he had worn his hair long, covering it in a Rastafarian-style knit cap. On that day, one of the soldiers shaved it with a knife. He remembers watching paramilitaries beat a mother and her child and feeling helpless to stop it.

More than 120 people were killed, and hundreds injured during the dispersal and the subsequent crackdown, according to the protesters. The dead include more than 40 bodies which were pulled from the Nile River afterwards by fellow demonstrators. The official death toll stands at 87 people, including security forces.

It was a reminder of how little had changed from al-Bashir’s era. Al-Sewahly says his support of the interim government hinges on whether they prosecute those responsible for the violence.

The crackdown shocked but reenergized the protest movement. After months of negotiations, the military and the pro-democracy movement reached a power-sharing deal in August. The deal established a joint military-civilian, 11-member sovereign council that will govern Sudan for the next three years.

After that, if all goes according to plan, elections will be held. According to the deal, the interim government also created a commission to look into the events of June 3.

But it remains to be seen if they will get justice for those killed. In an ironic twist, the office leading the investigation is located in a complex where security forces were accused of beating and sexually assaulting protesters.

Rights lawyer Nabil Adib was named to lead the investigation. He admits that he can’t even guarantee protection of witnesses who have given testimonies on crimes committed during the crackdown. Adib said his commission did not have “resources and capabilities to provide such protection.”

For some young people, the lack of progress has transformed glimmerings of hope into disillusion.

Al-Amin Ali, 30, trained as a civilian air pilot, but has been working as a taxi driver since his return from South Africa in 2017.

A year after al-Bashir’s overthrow, he said he is looking to again leave the country. He says the interim government is far from meeting the basic demands of the uprising — justice for previous crimes, and a decent standard of living.

“Emigration is the only chance of success,” he said.

@repost What Are My Legal Rights in a Separation