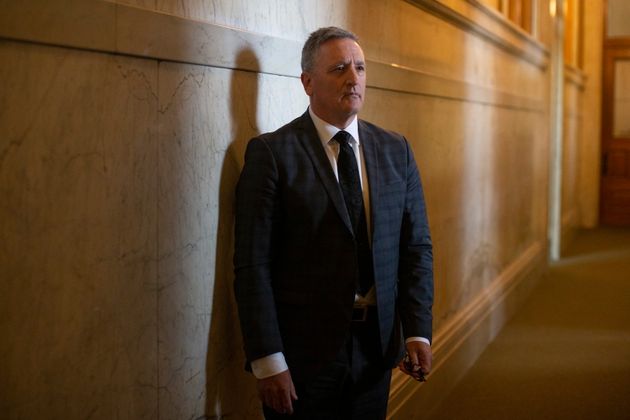 TORONTO — A former deputy commissioner of the Ontario Provincial Police is suing Premier Doug Ford and top staff for wrongful termination, abuse of public office and violations of his fundamental rights in a $15-million lawsuit.

Brad Blair and his lawyer announced the lawsuit at a press conference at Queen’s Park Friday.

Blair is already suing Ford for $5 million for defamation. The Ontario premier publicly accused Blair of breaking the Police Services Act, a claim that the veteran officer says damaged his reputation.

Blair said Friday he doesn’t know why he was let go in March.

“The impact of the firing has quite frankly traumatized me, my wife and our family,” he said.

The officer had asked the courts to force the provincial ombudsman to investigate the short-lived hiring of Ford’s friend. Ron Taverner had been named commissioner of the OPP, a job that Blair had been competing for.

Taverner eventually withdrew from consideration and another commissioner was named in March.

Via Dividing Assets in Divorce