Ford, whose government is fighting the tax in court later this month, said he doesn’t trust Ottawa to make good on its promise to provide rebates to businesses and residents of the provinces that now have the tax.

“Nobody trusts the federal government when they cross their fingers and they say they will eventually — eventually, that’s the magical word — eventually give money back to us,” said Ford, whose Progressive Conservatives cancelled a cap-and-trade program after taking power last year.

“The prime minister tells us that the carbon tax will be good for us, but then I sit back and say, ‘Really? Why should anybody believe what he says anymore?”‘

The federal government imposed the tax in Ontario, Manitoba, Saskatchewan and New Brunswick after those provinces opted not to impose their own pricing schemes on carbon emissions.

Residents of those provinces will be getting rebates on their income tax returns that start at $128 annually and increase for people with spouses or dependents at home. Ottawa has yet to reveal details about a program to rebate some of the increased costs faced by small- and medium-sized businesses.

The federal government says the carbon tax is a sensible way to protect the environment — put a price on activities that pollute to discourage emissions, and give back most or all of the money through income taxes.

The starting rate adds 4.4 cents to the price of a litre of gas, about four cents to a cubic metre of natural gas, and also drives up the cost of propane, butane and aviation fuel.

Ford and his caucus flooded Twitter with photos of themselves at gas stations Sunday, warning that it was the last chance to fill up before the carbon tax took effect.

The federal government is launching its own extensive social media campaign to push the carbon price and the related income tax rebates, complete with planted questions for Environment Minister Catherine McKenna to answer, in both official languages, extolling the virtues of the carbon pricing plan.

She also posted a video from former California governor Arnold Schwarzenegger with the hashtag “#terminatingclimatechange.”

Schwarzenegger, a Republican, was in office as California prepared to introduce a cap-and-trade system though he left office about a year before it was implemented in 2012. In a minute-long video McKenna posted on Twitter, he praises Canada’s price on pollution and says all the anti-carbon price rhetoric Canada is hearing today, he heard a decade ago.

“We have heard all of this dialogue here in California, that the economy is going to come to an end, people are going to lose their jobs, and all of this stuff,” he said. “None of it came true.” 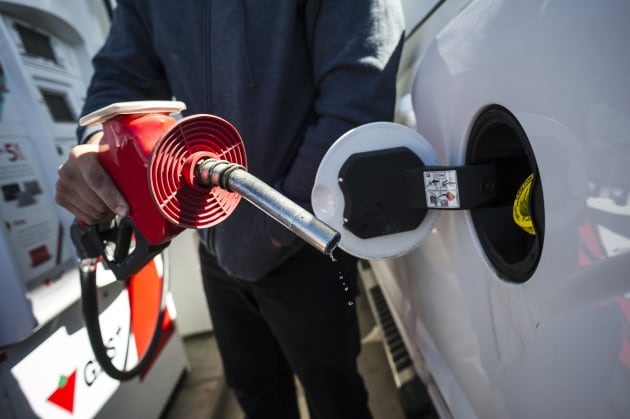 McKenna, meanwhile, dismissed Ford’s contention that the carbon price was going to lead to a recession as “irresponsible political rhetoric.”

She said putting a price on pollution and providing a rebate to consumers is a “small c conservative approach” to addressing climate change that gives consumers a choice to invest in ways to curb their energy use or pay more to maintain the status quo. She pointed to the work of Nobel Prize-winning U.S. economist Paul Romer who strongly backs a carbon price as the best way to curb pollution.

Conservative environment critic Ed Fast pointed to economists who say if a carbon price is going to have any impact it needs to be two or three times what Canada has committed to charge.

McKenna would not say whether she thinks $50 a tonne by 2022 will be enough, but said carbon pricing is only one part of the federal plan that also includes investing in energy efficiencies, eliminating coal as a source of electricity, and introducing stricter emissions standards on carbon-based fuels that we do use.

With files from Mia Rabson in Ottawa.

Via How to Get a Divorce In