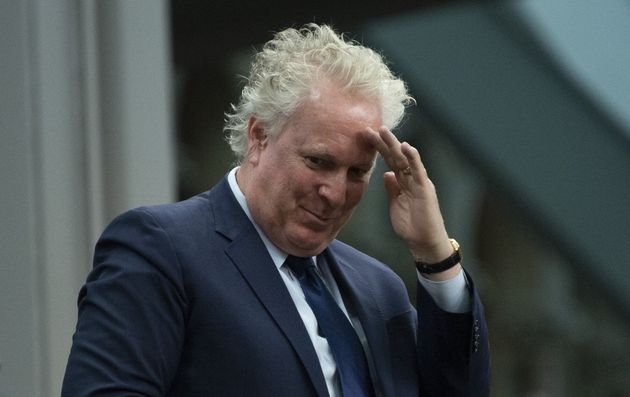 MONTREAL — Former Quebec premier Jean Charest announced Tuesday that he will not seek the federal Conservative leadership, citing the short timeline of the race and a party that has undergone “deep changes” since he left it.

In a statement, Charest said the rules of the leadership race and the tight timeline before the June 27 convention make it hard for a candidate from outside the party like him to recruit the necessary support.

He also said the party has changed a lot since he left it in 1998 to enter provincial politics as Liberal leader. Without getting into specifics, Charest alluded to his own position on “a number of social issues,” which he said were based on “deep convictions.”

He also urged the party to develop a “credible and ambitious plan” to manage natural resources and fight climate change.

Finally, Charest cited his happy family life and busy career as a lawyer and strategic adviser as reasons not to jump back into politics.

Charest, 61, said his decision was made after “careful consideration.”

″During the last weeks, I have received numerous calls from all around the country encouraging me to run for the leadership of the Conservative Party of Canada (CPC),” he wrote.

“In this context, I have considered the possibility of running, while also considering a number of issues including the unity of the country, the management of our natural resources while addressing climate change, the economy and the management of Canada’s public finances and Canada’ role on the international stage.”

Charest, who led the federal Progressive Conservatives from 1993 to 1998 and served as Quebec’s premier from 2003 to 2012, had been testing the waters for a leadership attempt since current Conservative leader Andrew Scheer announced his intention to resign.

His hopes were not helped by the release last week of police warrants that revived allegations of illegal fund-raising in the Quebec Liberal party during Charest’s time as leader.

The warrants contain detailed affidavits from major construction industry officials who said they donated to the Liberals during Charest’s tenure, and that they felt pressured by the party’s top fundraiser to give money or risk losing influence with the Liberal government.

Charest has not been charged but his name surfaces in the documents due to his friendship with Marc-Andre Bibeau, the former top fundraiser for the Liberals. Through his lawyer, Charest has denied any knowledge of the illegal donations.

Charest’s statement came after Radio-Canada broadcast a short clip of him announcing his decision not to run. The full interview was set to run later Tuesday.

In both the interview and the statement, Charest expressed hope for a strong national party to emerge to challenge the governing Liberals and “represent each and every region of our country.”

A Leger poll published this month found that former interim leader Rona Ambrose and ex-cabinet minister Peter MacKay were the favoured leadership choices of 18 per cent and 12 per cent of Conservative supporters, respectively. Charest trailed behind at four per cent.

This report by The Canadian Press was first published Jan. 21, 2020.

Via Rrsp and Divorce