NEW WESTMINSTER, B.C. — A man accused of gunning down a police officer in Abbotsford, B.C., sat in the prisoner’s box without reacting as a judge read out her verdict of “guilty” in his first-degree murder trial.

Justice Carol Ross of the B.C. Supreme Court found Oscar Arfmann guilty in the death of Const. John Davidson in 2017.

After releasing her decision, the judge approved a motion by Arfmann’s lawyers seeking further assessment of whether the man — who has been diagnosed with schizophrenia — could be found not criminally responsible in the death.

The gallery was packed with members of Davidson’s family and dozens of police officers as Ross told the court that the Crown had proven “all the elements of the charge” against Arfmann.

She said there was no reasonable doubt that Arfmann was the man who pulled the trigger, that he knew Davidson was a police officer and that he shot to kill.

“There are simply no other plausible theories or other reasonable possibilities based on logical experience applied to the evidence, or the absence of evidence, and not in speculation,” Ross said.

Arfmann, dressed in a red sweatsuit, sat with his arms crossed and leaned back in his chair as Ross read her judgment.

“As you have found him guilty, we now raise the issue of insanity,” Peters told the judge.

“The issue becomes for Mr. Arfmann whether he knew what he was doing was wrong.”

Peters said that before the trial, a psychiatric expert diagnosed Arfmann with schizophrenia and found he suffered the condition at the time of the offence.

He told reporters outside court that Arfmann has always said he didn’t commit the crime, so the defence team could not make the argument of not criminally responsible.

Arfmann also refused to discuss possible motive with the psychiatrist, who suggested he may do so after a finding of guilt, Peters said.

“The hope and the assumption was that the finding of guilt might spur that on,” Peters told the court.

Ross approved another assessment of Arfmann, which is to be completed by the end of November and scheduled a possible hearing for Feb. 3 to 29.

We kind of hoped we’d feel happy about the decision and feel it was a good result. And it was, but nonetheless we felt very heavy.Abbotsford Chief Const. Mike Serr

Speaking outside the court, Abbotsford Chief Const. Mike Serr said the department was prepared for the decision but it doesn’t feel like justice.

“We would have liked closure today, not that there’s ever full closure, but it was difficult and now we’ll just have to wait for the next stage,” he said.

Serr, who sat next to Davidson’s wife and three children in the front row, said they gathered immediately after the verdict.

“We kind of hoped we’d feel happy about the decision and feel it was a good result. And it was, but nonetheless we felt very heavy.”

In closing arguments at the trial, the defence said Arfmann had no motive to kill Davidson and that the Crown’s case depended on conflicting witness accounts.

The prosecution said Arfmann ambushed the 53-year-old officer as he got out of his vehicle and shot him twice from behind.

Crown attorney Wendy Stephen told the trial that a man matching Arfmann’s description had stolen a vehicle two days earlier, shot at dealership managers who confronted him, left the area, then returned and killed Davidson to escape arrest. 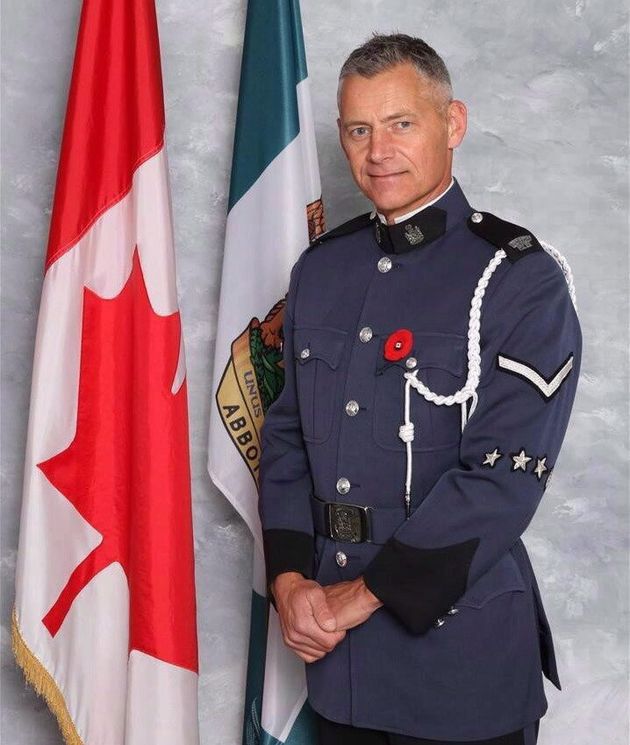 Ross said that while some elements of the witness testimonies were in conflict, they painted a picture in totality that placed Arfmann at the scene of the shooting, and the allegation was backed up by supporting evidence like dash-cam and surveillance footage.

“I found all of these witnesses to be credible. They were in my view honest,” she said.

Arfmann and Davidson may have been strangers in their personal lives, but the evidence supports the argument that the two were “related” as suspect and responding officer, she said.

While Davidson was in an unmarked police vehicle when he pulled up to a Ford Mustang stolen by Arfmann, he had activated red and blue flashing lights and was wearing a police uniform when Arfmann shot him, Ross said.

″(Arfmann) was standing at close range, three or four feet, when he fired the second shot. This shot was fired when Const. Davidson was lying face down on the ground,” she said.

“He was aware of the probable consequences of his actions.”

This report by The Canadian Press was first published Oct. 10, 2019.

@repost Child Custody Lawyers near Me