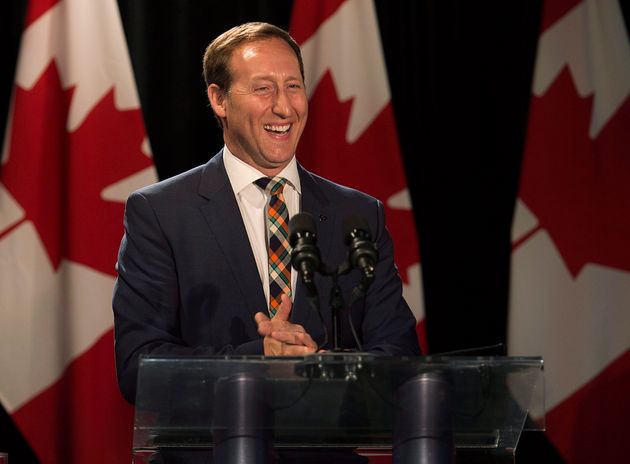 Former senior Conservative minister Peter MacKay has announced that he will run for the Tory leadership.

MacKay, who served as a Nova Scotia MP from 1997 to 2015, made the announcement on Twitter Wednesday after weeks of reports that he was preparing to enter the contest to replace Andrew Scheer.

“I’m in. Stay tuned,” he wrote. A similar message was released in French.

MacKay was the last leader of the Progressive Conservatives before that party merged with the Canadian Alliance to form the modern Conservative Party in 2003. He served in senior roles in Stephen Harper’s cabinet for nearly a decade, including as minister of foreign affairs, defence, and justice.

MacKay, 54, said in 2015 that he was stepping away from politics to spend more time with his young family. He has three children under the age of seven. The lawyer later became a partner at the law firm Baker & McKenzie LLP, working out of Toronto. He took a pass on the Tory leadership race that was sparked after the Tories lost government in 2015.

In the final stretch of this year’s campaign, MacKay denied a report in The Globe and Mail that his allies were already laying the groundwork for a leadership run if Scheer proved unable to win government.

He raised eyebrows shortly after the Tories’ disappointing election results in October by comparing his party’s defeat to “having a breakaway on an open net and missing the net.” MacKay also told a panel in Washington that discussion of social conservative issues ― including same-sex marriage and reproductive rights ― “hung around Andrew Scheer’s neck like a stinking albatross.”

Though not considered a social conservative, MacKay voted against legalizing same-sex marriage in 2005. Yet he also voted against a motion to revisit the debate after the Tories formed government in 2006.

In 2012, MacKay voted against a Tory backbencher’s motion to study the definition of a “human being” in the Criminal Code, widely seen as an attempt to re-open the abortion debate.

His announcement comes after a report from La Presse that Rona Ambrose, another popular former cabinet minister who served as interim Tory leader from 2015 to 2017, will not enter the contest.

MacKay is the second declared candidate in the leadership race, which began in earnest Monday. Ontario MP Marilyn Gladu is also seeking the job.

Businessman Bryan Brulotte abandoned his dark-horse campaign Monday, citing strict party rules that will require candidates to have the backing of at least 3,000 people who have been party members for 21 days. Brulotte has already said he will be supporting MacKay.

Party members will elect their new leader in Toronto on June 27.

With a file from The Canadian Press

@repost What Is Equalization Payment