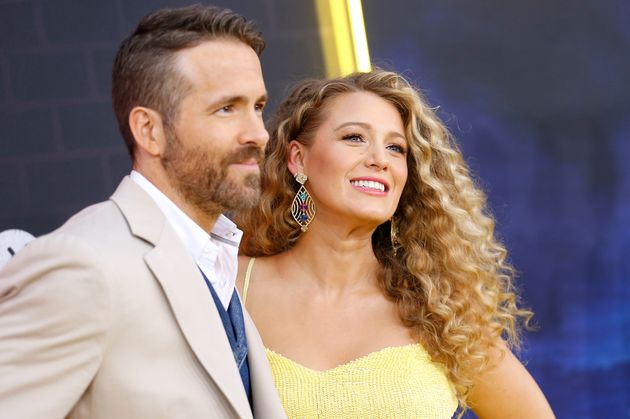 A release says the donation by the Hollywood couple is to kick-start the Coady Institute’s goal of raising $1 million for its International Centre for Women’s Leadership and the centre’s Indigenous programming.

Reynolds is a Canadian actor who has starred in films such as “Deadpool” and “Green Lantern,” while his spouse Blake Lively is an American film actor whose credits include “Green Lantern” and “A Simple Favor.”

In a statement issued through the university, Reynolds said he and Lively are proud to be associated with the Coady Institute.

“The world’s changing quickly, and one thing we’re sure of is that communities are best led from within,” Reynolds said. “Indigenous women are the leaders who will develop and implement approaches to increase social capital of their own communities, organizations and nations.”

Karri-Lynn Paul, the lead facilitator of the Indigenous women in community leadership program and one of its graduates, says a group of mentors and graduates from the past 10 years is examining ways to develop the program at the institute in Antigonish.

The institute is aiming to expand its offerings of leadership programs across the country for First Nations, Metis and Inuit women leaders.

The world’s changing quickly, and one thing we’re sure of is that communities are best led from within.Ryan Reynolds

Paul, a Maliseet from the Woodstock First Nation in New Brunswick, said the program currently lasts five months and the institute is testing shorter, one-week courses based in Indigenous communities.

She says the expansion of the one-week programs in communities around the country is a particular priority.

“For many Indigenous women, there is a lot of work to do caring for our communities,” Paul said, and travelling to the Nova Scotia campus for several weeks is not always feasible.

Paul said she came to St. Francis Xavier as a new mother to take the program in 2011, and it funded her mother to provide child care while she was studying.

She interviewed female chiefs and councillors in Maliseet communities for her study project, preparing a paper, a documentary and a website to showcase their stories.

Paul said when students come to Antigonish, they typically spend several weeks on the campus learning about their leadership strengths and areas they need to work on.

From this stage, the students study how to build up their home communities. The students then spend three months in the community working on a project.

Paul, who is now based in Calgary, said the projects range widely, from a recent one in Vancouver that helped women learn safety and self-protection skills to another in rural Ontario that surveyed women on the most urgent needs of their island reserve.

“The projects are an opportunity for the women to showcase their leadership, and to lift them up,” said Paul.

Graduates have gone on to become leaders on band councils and, in one case, a member of the legislative assembly in Nunavut, Paul said. Many carry on to undergraduate and graduate level university programs.

Paul said Marie Delorme, an adviser to the Coady Institute and chief executive of the Imagination Group of Companies, met Reynolds and recommended some potential ways for him to provide philanthropic support to Canadian Indigenous communities.

“He did some research on the programs she recommended, and he chose Coady,” Paul said.

“Reynolds supports Black Lives Matter, but he also said, ‘I need to look to my own country and what’s going on there.’ ”

Eileen Alma, director of Coady’s International Centre for Women’s Leadership, says the actors’ commitment to learning more about Indigenous issues has been energizing to the Coady Institute.

“They have added a tremendous boost to our effort to amplify Indigenous women’s voices locally and globally,” she said.

This report by The Canadian Press was first published June 29, 2020.