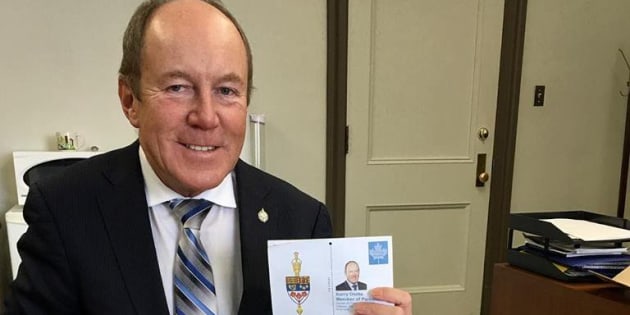 Edmonton MP Kerry Diotte has settled a defamation lawsuit against a student newspaper after it apologized for publishing two articles that called him racist.

The University of Alberta’s Gateway Newspaper has retracted a news story and editorial that appeared last November. The articles had criticized Diotte for tweeting a photo of himself and white nationalist Faith Goldy in 2017.

“The characterization of Mr. Diotte (as a racist) is false, damaging his reputation and caused Mr. Diotte and his family unwarranted embarrassment,” The Gateway posted on its website Tuesday.

Diotte was seeking $150,000 in damages, and is now “glad that my lawyer and theirs could come to a mutually agreeable solution without a protracted court fight,” Diotte said in a statement.

“I’m a strong believer in free speech but it’s important to remember there are legal lines that can’t be crossed. Those legal lines against libel apply whether you’re a mainstream journalist, a blogger, or a commentator on Twitter.”

Liberal Minister Amarjeet Sohi, who also represents an Edmonton riding, tweeted yesterday that Diotte told him “he’s not afraid to sue me for tweeting that he praised and stood shoulder to shoulder with white nationalist Faith Goldy. It’s the same tactic he used with several University of Alberta students.”

Sohi added that he’s “not going to back down.”

.@KerryDiotte will you finally do the right thing, condemn Faith Goldy and her racist views, and apologize for standing shoulder to shoulder with her? #yeg#cdnpolihttps://t.co/s6hdhSRmBP

Diotte also threatened legal action against four people last fall, for calling him racist on Twitter in reference to his tweet with Goldy. One of them, Edmonton writer Bashir Mohamed, left his tweets up and said a lawsuit has yet to materialize.

“If he does then I’m going to go all the way,” Mohamed told HuffPost Canada. “Honestly shows how much of a coward he is. You can quote me on that.”

It looks like The Gateway retracted their articles due to Kerry Diottes legal actions. He knew the stress this would cause on a student paper.@KerryDiotte – you are a coward and it’s telling that you chose to not sue me after I stood up to you. https://t.co/zOFKNBymUB