Vice-Admiral Mark Norman Gets Unanimous Apology In House Of Commons 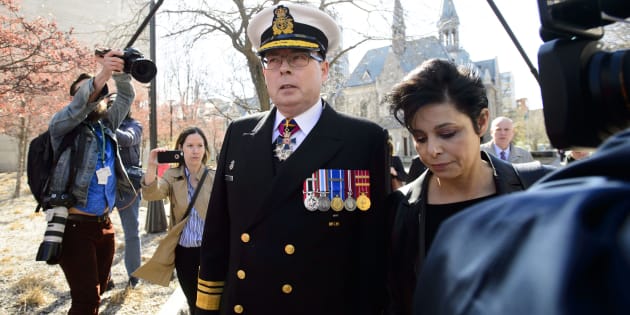 OTTAWA _ The House of Commons is apologizing to Vice-Admiral Mark Norman for what he had to endure while facing criminal breach-of-trust charges.

Norman was second-in-command of the Canadian military when he was charged in 2018 in connection with the alleged leak of secrets to a Quebec shipyard.

The case against him collapsed a week ago when prosecutors said they’d received new information from the defence that put Norman’s actions in a new light.

The military is trying to find a place for him again, since his job as vice-chief of the defence staff was filled while he was suspended from duty.

With Raitt’s motion, the House of Commons recognized Norman’s years of loyal service to Canada.

The motion goes on to “express regret for the personal and professional hardships he endured as a result of his failed prosecution and apologize to him and his family for what they experienced during their legal conflict with the government.”

MPs all agreed to slide the motion into the Commons’ regular business after question period and approved it on a quick voice vote.